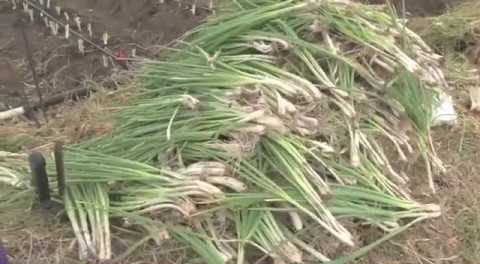 Basseterre, St. Kitts, November 07, 2017 (SKNIS): Minister of Agriculture et al., the Honourable Eugene Hamilton has expressed the Government’s commitment to assisting farmers affected by this year’s hurricane season noting that 102 farmers have so far been given assistance though a hurricane relief compensation initiative.

“My Government is working hard to deliver to the people of St. Kitts and Nevis,” said Minister Hamilton at a Town Hall Meeting held on November 05, 2017. He added that the devastation done to the farms equates to a decrease in the food supply for the federation.

Minister Hamilton stated that as a result of his meeting with the farmers throughout the island of St. Kitts post hurricanes Irma and Maria, he saw the need for funds to be allocated towards assisting them in reclaiming their livelihood. He said losses sustained by farmers after the hurricane included death of livestock, broken pens, and loss of plants.

The Minister explained that the Government has allocated EC$300,000 to expedite the recovery efforts in the agriculture and fisheries sector. The funds will go into clearing the roads leading to various farms, assisting the farmers with repurchasing materials and stock, and maintaining their land to start the replanting process.

Funds are distributed following an assessment by officers from the Department of Agriculture who determine the extent of damages at each property and the level of support needed.

Local farmer, Leon Anthony, thanked Minister Hamilton during a visit to his farm. There, the Minister and Director of the Department of Agriculture in St. Kitts, Mr. Melvin James handed over some supplies to help him get back on his feet.

“As you know, we felt the blow from Hurricanes Maria and Irma, which devastated our crops. I thank the Minister for helping us out with supplies so that we can start over and get food going back into the country. Let us make food and safety our number one priority in St. Kitts and Nevis,” stated the farmer.

Mr. James, in a public address disseminated by the Ministry of Agriculture, stated that the agricultural sector was heavily affected.

He added that there were losses and impacts to the soil, crops and livestock during the time when cultivation is normally plentiful. He cited a number of indirect effects from the hurricane, such as the increased presence of the tropical bont tick in animals.

“What was very noticeable to the farmers – and which they felt in their pockets – was the damage to their businesses,” said the Director of the Department of Agriculture.

“We’ve had loss and this is why the Team Unity Government is standing up for these farmers,” Minister Hamilton said at Sunday’s Town Hall Meeting in Tabernacle.