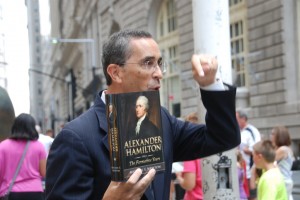 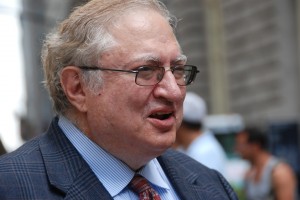 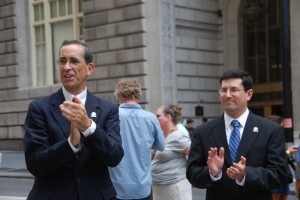 Then it was my turn to talk. Focusing on Hamilton’s activities at Bowling Green, I spoke about: 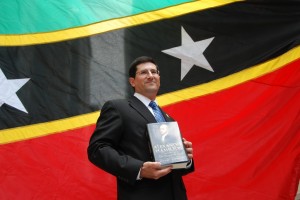 After some group photos… 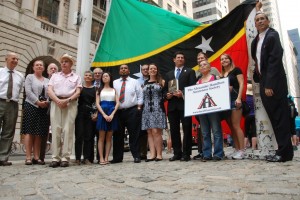 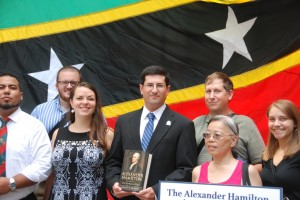 …it was time to raise the flag of the Federation of St. Kitts and Nevis. 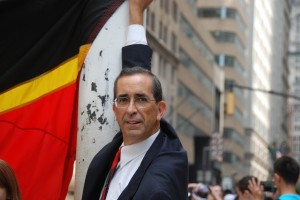 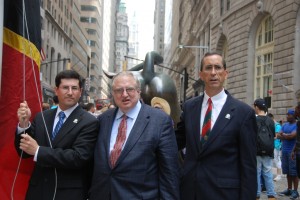 Thank you to everyone at the Lower Manhattan Historical Society and the Alexander Hamilton Awareness (AHA) Society for providing me with this rare experience. Thank you as well to Arthur Piccolo, who invited me to speak at this event and for taking the great photographs seen above.

After four years of research, writing, and editing, Alexander Hamilton: The Formative Years is now available for purchase.