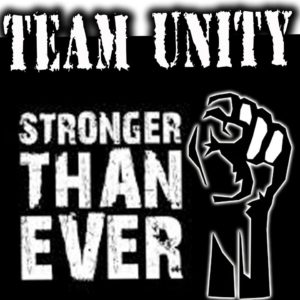 Prime Minister Harris added: “That is what is important and that is what determines the stability of the government, and we saw that wholesome support of the Cabinet on display on Saturday [at the highly successful inaugural People’s Labour Party Convention].”

The Cabinet of Ministers’ cohesiveness has also been evident at the government’s popular town hall meetings, where they effectively lay out their accomplishments and outline their Ministries’ plans to further implement the government’s prosperity agenda and people-oriented policies.  During the town halls, they also reiterate their commitment to maintaining the level of teamwork that has proven to be essential in preserving the popularity and strength of the Team Unity Government.  Below are town hall excerpts.

“We [in the Ministry of Health] will ratchet up or improve the delivery of healthcare-type information to the people of St. Kitts and Nevis…whether it is by speaking and counseling through literature, panel discussions, video presentations, and forums.”

“We all would have heard over the Christmas period the budget debates…We showed the people of St. Kitts and Nevis that things are going good and that we have put together a prosperity agenda that each and every one of us can be proud of.”

*The toilet and face basin will be placed in an additional space that falls outside of the 5X9 measurement.

Hon. Mark Brantley, speaking on Monday, February 13th, 2017 at the St. Paul’s Anglican Church Hall in Charlestown about the regular budgetary support that the Nevis Island Administration receives from the Federal Government:

“The opposition will never say that things are going well, even if they are eating their belly full…What is confounding them is that you have three parties, which decided to come together to create a government to provide good governance for the people of this country.”

“When I look in particular at what was happening within education, I wonder if the last administration really had the interest of our young people at heart.  You know the history of Basseterre High School…You know that we gave a promise that we would bring the shift system to an end, and within less than a year we provided temporary facilities for the students at Basseterre High School.  Promise made, promise kept!”

“This government worked from day one, and so we have a hardworking team led ably by none other than Dr. the Honourable Timothy Harris, our Prime Minister.  You see, I want to dispel something…and it is this: the naysayers out there thought Team Unity couldn’t work…but it has been here working for two years – and working well!”

Hon. Ian Patches Liburd, speaking on February 21st about the removal of 17% VAT from food:

“My friend said to me just today, ‘When I go to [the grocery store] with $100.00, today because of Team Unity, I get $17.00 more relish…Seventeen dollars come back to me.’  That is what Team Unity has done for the ordinary poor man in this country!”

“I want to say a special thank you to the Team Unity team because, without the team, I couldn’t do it alone on your behalf.  We are a team and the team is as strong as the weakest link, and part of our job is to ensure every link in the chain is a strong one…an attack on one member of Team Unity is an attack on the entire government, and we have to keep the team strong!”