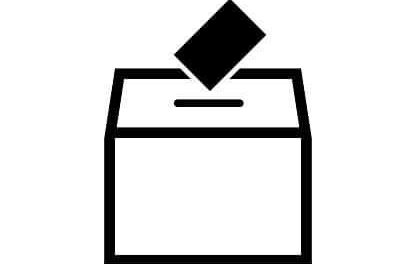 IT DOES NOT CEASE TO AMAZE that the most powerful nation in the world cannot see past the deception its leader feeds his people daily. They still consider him an eligible candidate for re-election. If he is the successful candidate, will there be any need for a moral landscape?
The reputable fact-checkers, who should really be called the lie-checkers, have calculated that the leader of the USA has lied or misled his people over 20,000 (twenty thousand) times during his term in office and just last week they found 18 fabrications in his interview with 60 minutes – an interview which he abruptly terminated because he felt the questions were unfair and too tough. And having primed the electorate throughout his tenure, by telling them that the Press was fake and was the enemy of the people, there were many mental slaves who concurred.

LYING is accepted (or used to be accepted) as the most abhorrent feature of a man/woman’s character, whether it is looked at historically, biblically, socially, legally, politically, ethically, economically, morally or constitutionally.

Says Sam Harris, American author, philosopher and neuroscientist, “Lying is the royal road to chaos”. The Bible is replete with its distaste for lying – from the Ten Commandments (Thou shalt not tell lies) to Proverbs (Proverbs 12:22 The LORD detests lying lips, but he delights in people who are trustworthy} to the New Testament – (Romans 16:18 – For such people are not serving our Lord Christ, but their own appetites. By smooth talk and flattery, they deceive the minds of naive people.)
In the USA, lying to Congress is punishable with jail sentences and such sentences have been administered to some of the President’s aides… yet he is allowed to ride roughshod over the American people with his proven lies.

A clear indication of the change we are undergoing is recognised by the choice of the new WORD OF THE YEAR added to the Oxford Dictionary in 2016…it is ‘POST-TRUTH’. Oxford defines “post-truth” as “relating to or denoting circumstances in which objective facts are less influential in shaping public opinion than appeals to emotion and personal belief.”
Trevor Noah of Comedy Central opines, “We are going to have to get used to Trump saying that the thing we saw with our own eyes didn’t happen.”
Justice Saunders, judge of the Caribbean Court of Justice (and now its President) in a presentation entitled “The Rule of Law in the Caribbean” (St Kitts, March 9, 2017) summed up the concept when he said: The preamble to our Republican Constitution (Trinidad & Tobago) is a majestic and uplifting declaration of the ideals of our nation and identifying its founding principles.

It acknowledges in particular that the people of TT “recognise that men and institutions remain free only when freedom is founded upon respect for moral and spiritual values and the rule of law.” (Newsday)
The definition of ‘moral’ is “concerned with principles of right and wrong or conforming to standards of behavior and character.”

On November 3rd, 2020, or soon after the American electorate decides, we will see under what moral fabric we will be asked to live. The deceivers are asking us to live in an alternate reality – one which they created. But how can we enjoy the beauty of our lives or the beauty of our landscape when we are blinded to the truth. Was this what Keats meant when he said BEAUTY IS TRUTH and TRUTH BEAUTY? When you tell a lie, you steal someone’s right to the truth.