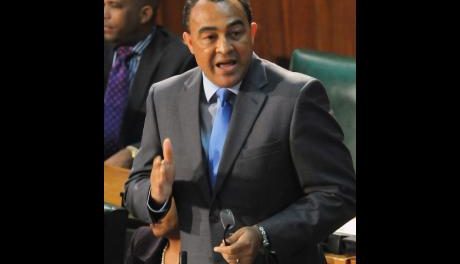 Health Minister Dr Christopher Tufton revealed in Parliament today that the Government is spending approximately $100 million for the first year of the programme to administer the human papillomavirus (HPV) vaccine in schools.
Tufton said the estimated annual cost after introduction is $73.3 million.
The HPV vaccine is used to prevent cervical cancer.
Among other things, the funds expended so far have been used to procure 48,000 doses of the vaccine, cold storage equipment as well as undertaking the training of healthcare workers and public education.
The ministry is targeting approximately 22,500 girls in grade seven islandwide for the vaccine, which is to be given in two doses.
The vaccination exercise began in schools yesterday and Tufton revealed in Parliament today that over 300 girls have been immunized.
The health minister told the House that the HPV vaccine is critical to public health and reducing cancer.
Tufton further argued that the HPV vaccine is safe with no major side effect.
Tufton said a multi-sectoral oversight committee and a technical working group were convened in April to oversee the execution of the implementation plan.
He added that sensitisation sessions were held with stakeholders.
The health minister said the ministry is aware of public concerns and has set up channels where individuals can access information.
Tufton further said the ministry is closely monitoring the administration of the HPV vaccine.
(Jamaica Gleaner)