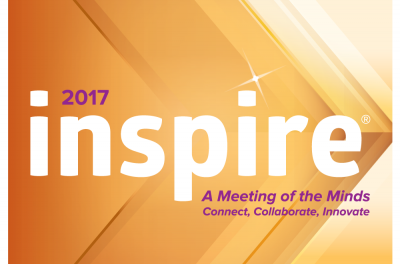 Also known as St. Christopher Island, St. Kitts is named for the patron saint of the most famous explorer to cross its shores, Christopher Columbus. The small island — a mere 18 miles long and 5 miles across — served as a stunning backdrop for INSPIRE 2017. Attendees descended upon St. Kitts
from all over to bask in the warm sun, reconnect with old friends, and make new ones.

The Star Micronics-sponsored welcome dinner proved the perfect opening to the event. More than 150 INSPIRE attendees and their guests dined on a sumptuous dinner buffet against a backdrop of ocean waves and distant mountainous cliffs. Harbortouch’s Suzanne Davis captured the general enthusiasm when
asked what she was looking forward to at INSPIRE 2017: “Everything! The connections, the networking, educational programs, and of course, experiencing St. Kitts!”

Connecting Over Ideas
Education is one of the top attractions of the three-day event. Billed as a “Meeting of the Minds,” this year’s INSPIRE featured keynote speakers Michael Mazzeo, Paul Oyer, and Scott Schaefer, authors of business best-seller The Roadside MBA. Each morning, while partaking in the networking breakfasts (sponsored by BlueStar), attendees were able to chat over coffee. The event’s promise registrants would be able to “connect and collaborate” was fulfilled as attendees joined together in the morning educational session.

Competing companies were often found elbow-to-elbow at tables. Two such companies were responsible for making the education come alive for attendees: Vantiv, the 2017 Thought Leadership sponsor, sponsored the keynote speakers and Cayan provided notebooks attendees used during the educational sessions. Such collaboration — especially among industry rivals — makes INSPIRE special: it is a time to get to know other RSPA members casually and form connections over ideas and business concepts, removed from the high-pressure sales environment. As Rick Malthaner of Como explained when asked why he attended the conference, “INSPIRE provides the opportunity to network with the most important people in our industry.”

Unconventional Collaboration, Island Style
INSPIRE attendees had two special opportunities to explore the island through the excursions included in event registration. After the morning’s education, attendees were encouraged to change into casual clothing, grab some sunscreen, and report back to the education room for lunch. After dining together, the decidedly more casual crowd was given a set of rules for the upcoming excursion, dubbed the “Amazing Race.”

Gathering in groups of 15 to 20, attendees, guests, and RSPA staff were given a Sudoku puzzle to solve. The first to finish it correctly were able to depart in Jeeps awaiting them outside the hotel. Driven by local drivers, each team was given a list of Kittian-related questions that could only be answered by completing a giant scavenger hunt which took the groups all around St. Kitts. The Amazing Race gave INSPIRE attendees the chance to experience all aspects of the island — the people, the sights, the wildlife (including some of the more than 40,000 vervet monkeys that inhabit the island) — as well as get to know each other better. The groups included old friends and new acquaintances working together to win the race.

On Tuesday, the annual INSPIRE group dinner also took attendees away from the St. Kitts Marriott property. Buses transported attendees and guests back in time to the magnificent Brimstone Hill, a fort that took more than 100 years to build. Brimstone Hill is now a UNESCO world heritage site and a popular attraction for visitors to the island. The 45-minute ride from the hotel to the site allowed attendees to chat and even sing songs on their way to the dinner. Attendees were greeted by servers with signature rum punches, delicious hors d’oeuvres, and the stunning 360-degree views of blue waters and serene mountain slopes. A huge tent with dining tables and a buffet that included local food brought attendees together for an evening of casual networking. Sponsored by EPSON, the INSPIRE group dinner provided a dramatic backdrop and another unique experience for attendees to get to know one another.