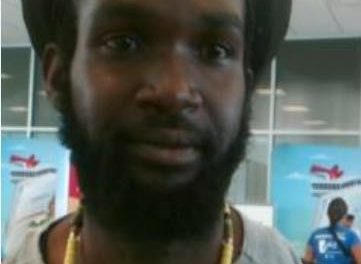 Mr. Nile missed the ship’s departure after visiting his wife and daughter who are living in St. Kitts. He is 30 years old, and currently resides in Orlando, Florida.

Persons having information regarding the whereabouts of Christopher Nile are asked to call the Basseterre Police Station at 465-2241 or the nearest police station.