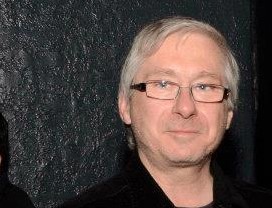 A recent  Israeli National State Law has codified apartheid, “the right to exercise national self-determination in the state Israel is unique to the Jewish People”.   Palestinians in East Jerusalem are stateless and at constant risk of losing their residency in that city.  35% of land in East Jerusalem has been confiscated for Jewish settlers use, and Israel is open to the prospect and desire of removing as many Palestinians as possible using forced displacement, mass house demolitions and settler violence as daily occurrences. Palestinians in Israel and Gaza face massive economic restrictions and discrimination. They have the right to vote, yet as the law above states, the Jewish State can manipulate and disregard certain aspects of democratic procedures. depending upon the Israeli states security is concerned.

Compare some of these facts with what had been occurring in past Apartheid South Africa. The Free world could not stand by and allow the Apartheid System of Racism in South Africa to stand or survive. The world put social-economic and political pressure upon that regime, turning it into a pariah state. Through the determination of Global Leaders and the common person, possibly your neighbors and friends, this system collapsed, and was transformed over time into a democratically led nation.
Why has the progressive’s of the world, and those in Canada and the USA not taken on the selectively oppressive regimes of Israel? Why indeed. Did you know that Israel has built a large fence along parts of its national border? A fence that is suppose to keep trouble makers out of their land. Their land indeed. Palestinians lived in Israel long before the nation of Israel was created. Comparing Palestinians to say the Natives of America. Like the white man marching westward displacing those who lived there with long ago, the Palestinians were considered a threat to Israeli security, and so driven out of their homeland. Nearly six million Palestinians are registered as refugees by the U.N. Many live in massive camps throughout the Middle East. A million more are unregistered. They seek the right to return to the lands their ancestors once owned, taken from them by Israel in 1948 or 1967. Every Jew in the world has a right to return, to go live in Israel. What about The Palestinians?
So long as Canadian, American and British Politicians continue to kowtow to their populations Jewish Lobbyists, the needed pressure that could force Israel to become a true democratic nation of the Jewish-Palestinian People will not happen. Israel’s economy is dependent upon foreign funds coming form these three nations. It is not to say that Israel’s national problems will be solved by allowing Palestinians to become full partners within their nation, but Israel would be a free, stronger and more vibrant nation before the world. If they are threatened by their many enemies, they could stand together as one nation united. Ending Israeli’s dependence upon the  foreign welfare state could bring about necessary changes. Israel could become a more totalitarian regime, oppressing many of their own citizens who feel the Palestinians plight must end, or they can realize the benefits of peaceful national unity.
Will Westerners accept Palestinians as victims with a justifiable cause, or continue to view them as a unwanted people, terrorists and radicals. If we  despised Apartheid in South Africa, why are we supporting  Israel, a nation that applies the same system of oppression, manipulation and racial prejudice towards the Palestinians?