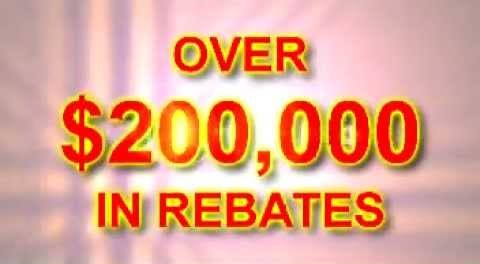 Basseterre, St.Kitts (March 21st  2017 ):-The Horsford’s Group has issued close to ¼ Million Dollars in Rebates to it’s Valu Club Customers .. Some $296,948.08 plus in rebates have been made available to the Valu Club members for their support  over the last 3 months from December to February.  This brings the total Frequent Buyer Valu Club customer rebates for the last 18 months to close to $2 million. This is the highest payout amount of any similar incentive programme in the federation and likely in the region. Valu Club members gain their rewards/rebates through the accumulation of points by shopping  at any of the Horsford’s  Key Locations namely, Building Centre, Automotive Division, Furniture and Appliances Department, Valu Mart Supermarkets (on both St. Kitts and Nevis) and Horsford’s Nevis Centre . Valu Club Customers who made cash purchases at these key locations would receive – in rebates – a percentage of their total purchases for the period.

Rebates are paid quarterly in March, June, September and December.

Launched in  1997,  the Horsford’s Valu Club Frequent Buyer Customer Loyalty programme was the first of its kind in the federation and among the first in the entire region. This hugely popular customer appreciation initiative remains the largest within St. Kitts and Nevis .

Over the 16 year period, members of the 14,000 strong Valu Club programme  have benefitted from over   $16 million  in rewards. The Horsford Group is truly grateful to its club members for their loyalty and encourages all shoppers who are not yet members to become a part of this exciting and rewarding arrangement.