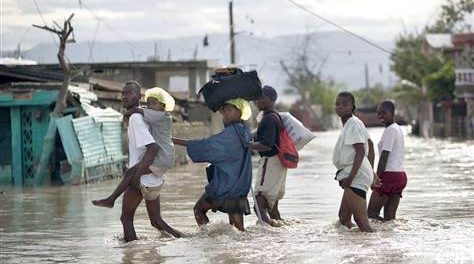 PORT AU PRINCE, Haiti, May 03 2017 – The Toussaint Louverture International Airport returned to normal operations on Wednesday after water flooded the arrival and departure areas causing flight to be diverted to the neighbouring Dominican Republic.

Director General of National Airport Authority (AAN), Irving Méhu, apologised for “this disturbing situation, caused by the downpour of this Tuesday, May 2, causing the flood at the arrival and departure zones”.

He said that steps had been taken “to solve this problem” and that “all the services of the airport (are now) functioning as usual”.

The situation resulted in American Airlines Flight 2277 from Fort Lauderdale being diverted to the Dominican Republic.

The co-coordinator of Civil Protection for the West Department, Nadia Lochard said the waters had resulted in the floods since Sunday.