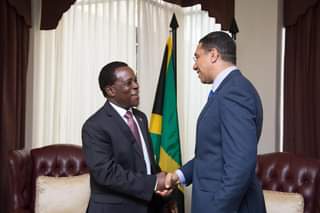 General Secretary of the New National Party, Mr. Roland Bhola said that the NNP is pleased that the Jamaican people have decided to give the JLP a second consecutive term with a significantly increased majority. Bhola said “We are happy to see the victory of our sister party and on behalf of myself as General Secretary and the Executive and membership of the New National Party I take this opportunity to congratulate the JLP on their resounding victory. This victory is even more significant considering we are in the midst of the COVID-19 pandemic and therefore the task at hand for the JLP Government and the people of Jamaica is an uphill one“

Preliminary results have indicated the Jamaica Labour Party has secured an additional 17 seats in yesterday’s election brining their majority to 49 seats in the 63 seat Jamaican House of Representatives.