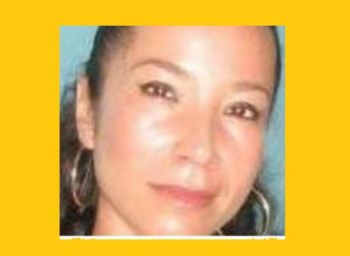 Jeanette Magras-Saldana, 43, was murdered on May 2, 2014 in the US Virgin Islands by her husband and former USVI police captain, Enrique Saldana. Photo: VIC VI CONSORTIUM

CHARLOTTE AMALIE, St Thomas, USVI — Forty years in prison – with credit for 326 days already served – was the sentence USVI Superior Court Judge Michael C. Dunston handed down on May 30, 2017 on Enrique Saldana, the [US] Virgin Islands Department of Justice announced.

Attorney General Claude Earl Walker said the Department of Justice is pleased with the court’s judgment.

“The Magras family has indicated to me that they are pleased with Judge Dunston’s sentence of the defendant, and so are we, in that given his age and that he is a habitual offender, he will not be eligible for parole until his mid-70’s, which means that he will effectively spend the rest of his life in jail – a fitting punishment because that man cruelly murdered Jeanette, and from his statement to the court this morning, he seems to be haunted by the thought of her death,” Mr Walker said.

Fifty-three-year-old Saldana, a former USVI police captain, was punished for second-degree murder, second-degree assault and two counts of third-degree assault, all crimes of domestic violence, two months after a jury convicted him of the May 2, 2014 murder of his wife, Jeanette Magras-Saldana, 43.

“I miss Jeanette every day,” Saldana said at his sentencing, when given the opportunity to address the court on his own behalf. “For three years every day, I wish to God that it had been me.”

Prosecutors had recommended that Saldana serve the rest of his natural life behind bars.

“Every moment he walks free outside the jail cell is an injustice to Jeanette Saldana,” Assistant Attorney General Quincy McRae said in his allocution.

At sentencing, the court heard from the victim’s eldest sister, Diane Magras-Urena.

“You are an evil monster…for continuing the charade and lie for three years, torturing our family instead of asking for our forgiveness,” she said, while asking that the court give Saldana no leniency and sentence him to the maximum penalty allowable by law.

Statements from other family members were read into the record by Department of Justice’s Victim Advocates Elma Brathwaite and Donnalie Edwards-Cabey.

“…We are so disheartened by the decision you made – a decision which is continuously affecting our lives. Why did you murder our daughter, the mother of your child, your wife, the person you committed to loving for better or for worse?” the letter read.

Angela Magras, another of Jeanette Magras-Saldana’s sisters, also penned a victim impact statement, which was delivered by Edwards-Cabey.

“You are a coward. All you had to do was walk away. You still could have had a relationship with your daughter…now you leave my niece fatherless and motherless,” she said in her statement.

After hearing five days of testimony and deliberating for three hours, a USVI Superior Court jury returned a unanimous verdict, convicting Saldana of drugging and debilitating his wife with diphenhydramine, beating her and then killing her.

According to the evidence presented at trial, Saldana was insanely jealous of his wife and as a result, he wielded control over her, decided the clothes she should wear, told her what to do and demanded that she change her gym schedule from five days per week to three days.

On the morning of May 2, 2014, Saldana called 911 to report that his girlfriend wasn’t breathing and that he needed assistance to go to the hospital; he was in the area of Food Center at the time. An off-duty police officer, Corporal Bernard Burke who heard the transmission, met Saldana at the hospital and helped him remove Jeanette Magras-Saldana from the jeep Saldana was driving.

In a video interview with police, Saldana told investigators that he was at his wife’s house on May 1, 2014 and he saw her take a handful of sleeping pills on two separate occasions. He said Jeanette Magras-Saldana fell on her way to the kitchen and she wiped her bloodied nose with a piece of tissue, which she disposed of into the toilet. Then, early in the morning of May 2, 2014, they went to Vessup’s Beach at Jeanette Magras-Saldana’s request. While at the beach, Jeanette Magras-Saldana fell down, he tried lifting her up and she yelped in pain. She also fell at least twice against the vehicle and as she was coming out of the water, she stopped breathing, he told police.

Dr Landron also noted that Jeanette Magras-Saldana’s body bore multiple bruises and contusions, including two large bruises on the left breast, one large bruise around the chin and several bruises on both arms. By the time Jeannette Magras-Saldana arrived at the hospital, rigor mortis had already set in and her body temperature was recorded at 95.6, which meant that she was dead for about two to four hours, Dr Landron told jurors. Saldana told police that she was alive 15 minutes before he brought her to the hospital.

Assistant Attorneys General Ednin Martinez and Nadja Harrigan also argued the case for the prosecution during the trial.