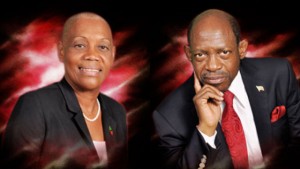 Basseterre, St.Kitts (January 14th 2017):-Former St.Kitts-Nevis Ministers in the Dr. Denzil Douglas led Labour/NRP Administration are being called upon to return millions of dollars  to the country’s treasury. The renewed call has arisen as debates heighten on the streets and on traditional and social media regarding the conduct of Government Ministers with regards to their private business dealings and issues of conflict of Interest.

Specific mention has been raised of former Prime Minister Dr. Denzil Douglas and former Minister now Opposition MP Hon. MARCELLA Liburd and Hon. Nigel CARTY. According to one  blogger the former PM and now Opposition leader Dr. Denzil Douglas has to date acquired over $1million in rent from the Taiwanese government for the property which houses the official Taiwanese Ambassador’s residence and a property in which Douglas has a beneficial if not significant or total interest. The deal raises many questions including the circumstances surrounding the negotiation of the arrangement and whether the Taiwanese were pressured in any way to accept or pursue the arrangement with the then Prime Minister Douglas.

The blogger also alluded to the relationship between a number of statutory bodies and Bryant and Liburd the law firm of Hon. Marcella Liburd. Bryant and Liburd, in which Hon. Liburd is a partner,  served as the retained law firm for both the National Insurance as well as the Development Bank whilst she served as a Government Minister  in the Douglas Administration from 2010-2015.

The firm is alleged to have received some $4million in legal fees from the govt owned institutions.

Many citizens on social media in particular are calling for a full investigation into these matters and a return of monies to the treasury where necessary.  The Prime Minister Dr. Timothy Harris led Team UNITY administration has yet to officially respond to the call.