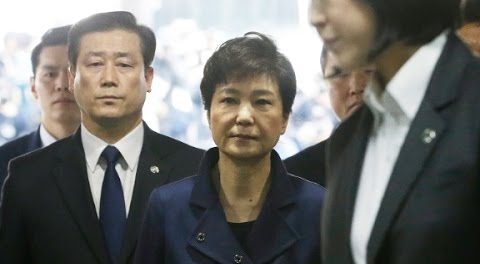 Park’s conviction brings to close a corruption scandal which gripped South Korea, upending the country’s politics and implicating some of the country’s most powerful figures.
“The President abused the power which was given to her by the citizens,” the judge said, adding a tough sentence was needed to send a firm message to the country’s future leaders. Prosecutors had asked for Park to receive a 30 year sentence. 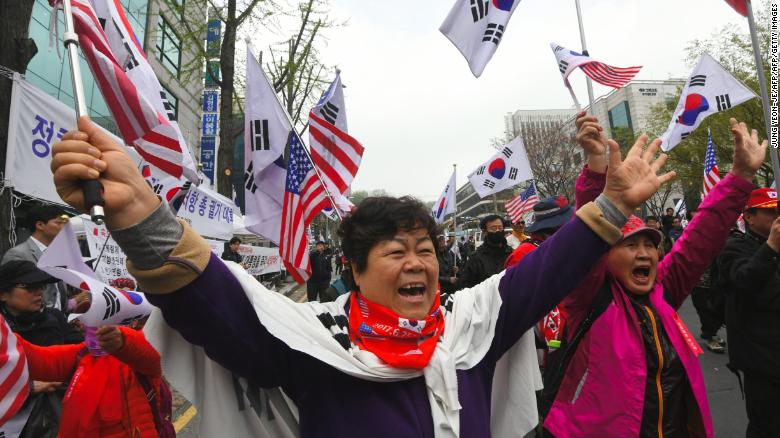 Supporters of South Korea’s former president Park Geun-hye gather during a rally demanding her release outside the Seoul Central District Court in Seoul on April 6, 2018.
Park, 66, was found guilty of 16 of the 18 charges she faced, related to a massive influence-peddling case that removed her from office last year. As well as the prison sentence she was also fined $17 million.
The former president was not in the Seoul Central District Court to hear the verdict. Park and her lawyers refused to participate after the court decided to live broadcast the judgment, the first time this has happened in South Korea, after a law was passed last year to enable it.
Park lawyer’s are expected to appeal her sentence.
Outside the court, hundreds of supporters of Park had gathered to watch the verdict on a large screen, waving Korean and US flags and calling for the former president’s release. Older, conservative South Koreans, who remembered the dictatorship of Park’s father fondly as a period of strength for the country, were her electoral base and a common sight throughout the impeachment process. 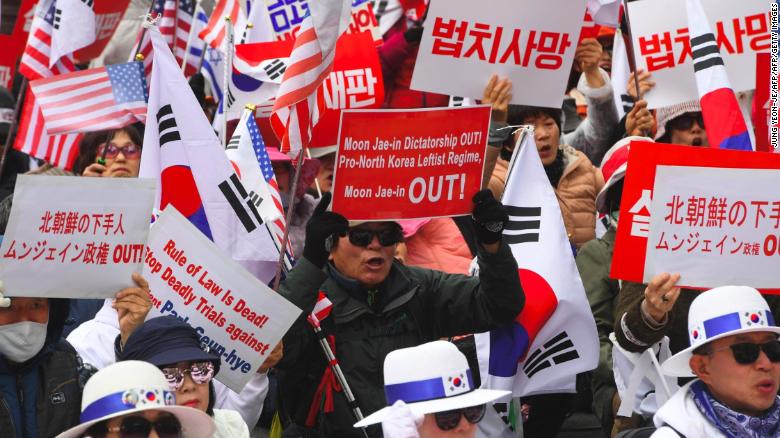 Supporters of Park reacted with outrage and anger after she was sentenced to 24 years in prison.
K-drama or K-politics? Death, dynasties and disaster in the Blue House

South Korea’s first female president, and the daughter of former dictator Park Chung-hee, Park Geun-hye was arrested in March 2017 shortly after she was stripped of her office by the country’s Constitutional Court, which upheld a parliamentary vote to impeach her.
That vote came after millions of South Koreans took to the streets over a period of several months to demand Park’s ouster, after revelations of the alleged massive influence wielded by her adviser and confidant, Choi Soon-sil.
Choi, the daughter of a cult leader once accused of having “complete control over Park’s body and soul during her formative years,” held no political office but is accused of using her influence over the President to funnel money to organizations she controlled and get her daughter a place at an elite university. 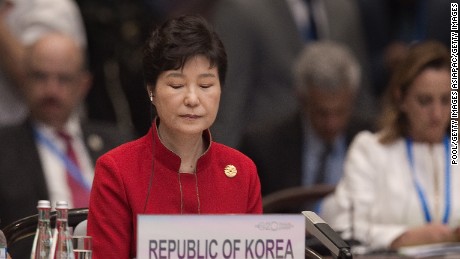 Park was accused of being unduly influenced by Choi. The court which upheld her impeachment agreed with accusations that Park had abused her authority in helping Choi raise donations from companies for foundations she had set up.
In February, Choi was sentenced to 20 years in jail on 18 charges including abuse of power, coercion, fraud and bribe, and fined $16.6 million.
Also implicated in the scandal was Samsung chief Lee Jae-yong. The 49-year-old billionaire was found guilty of bribery and other corruption charges last year and sentenced to five years in prison, but in February a higher court reduced his sentence and suspended it for four years.