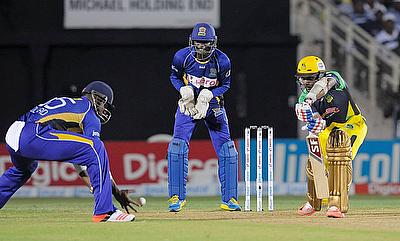 A total of four games in the Caribbean Premier League 2016 season will be played in Florida. ©CPL

The organisers of the 2016 Caribbean Premier League (CPL) have announced the dates of for the Florida leg of the tournament, with the matches scheduled to be played at the Lauderhill Stadium in Fort Lauderdale.

During a period of four days, all the six teams of the CPL will be in action with a total of six games scheduled to be played between 28th and 31st July.

Guyana Amazon Warriors and Barbados Tridents will face off on 28th July while the St Kitts and Nevis Patriots will go up against the newly renamed Trinbago Knight Riders on 29th July.

30th July will see the first of two double headers with the Zouks and Barbados Tridents taking on Jamaica Tallawahs and Guyana Amazon Warriors respectively.

Trinbago Knight Riders and Jamaica Tallawahs will battle St Kitts and Nevis Patriots and Zouks respectively on 31st July, bringing curtains on the Florida leg of the CPL.

The Chief Executive Officer of the CPL, Damien O’Donohoe expressed his delight over the Florida leg of the tournament and has promised to deliver top-quality matches over the four days.

“We are delighted to announce fixture information of the ground-breaking Florida leg of CPL which represents an exciting new chapter for the tournament.

“Supporters will have the opportunity to see all six teams in action twice over four action-packed days which will showcase some of the best West Indies and international talent on display.

“West Indies cricket is on a real high at the moment, with the success of the men’s, women’s and Under-19 World Cup winning squads generating a feel-good factor locally and internationally, and plans are well underway to deliver a top-class leg in the USA.”

This edition of the CPL will see players like AB de Villiers, Martin Guptill, Kumar Sangakkara, Faf du Plessis, Brendon McCullum and Shane Watson featuring as the marquee players for their respective sides.