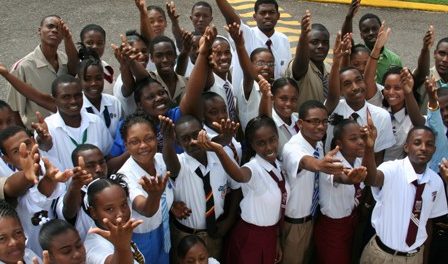 BASSETERRE, ST. KITTS, October 26, 2017 (PLP PR Media Inc.) — The Federation of St. Kitts and Nevis is currently accommodating seventy-two students, from neighbouring islands and countries, whose education was disrupted as a consequence of the ravages of Hurricanes Irma and Maria.

Prime Minister Dr the Hon Timothy Harris made the revelation on Wednesday October 25 at a press conference held in the Parliamentary Lounge at Government Headquarters, where he noted that the government had committed to support the country’s neighbours to accommodate such students. 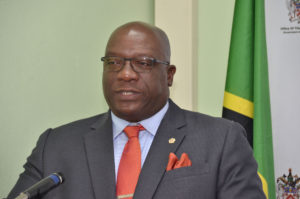 “I am advised that so far some 72 students of pre-school, primary and secondary school drawn from the other islands are being accommodated in our schools,” said the Hon Prime Minister. “This is of course a significant development.”

“Additionally, 52 of these students have applied for and received assistance from our Social Services Department,” advised the Prime Minister. “This to me is a good demonstration of solidarity that really matters and will matter in the relationships going forward because these young people who are now accommodated here in our school system are now being offered support from our Social Services Department will for ever remember us, that we came to their support in their time of greatest need, and I am very, very pleased by this development.”

The Federation of St. Kitts and Nevis has been in the forefront in terms of giving financial assistance to its neighbouring countries and Dr Harris noted that it is important because there has been no other country within the sub region and beyond that has matched the Federation in terms of its generosity, and particularly given its size.

“For me this contribution to education, which I have long considered the best gift that we can give to young people, is an important part of St. Kitts and Nevis’ support to the region post-hurricanes Irma and Maria,” concluded the Hon Prime Minister.

The press conference, which was the second held in the month of October, was attended by the Deputy Prime Minister and Minister of Education the Hon Shawn Richards, Attorney General the Hon Vincent Byron, and the Minister of State for Health the Hon Wendy Phipps.