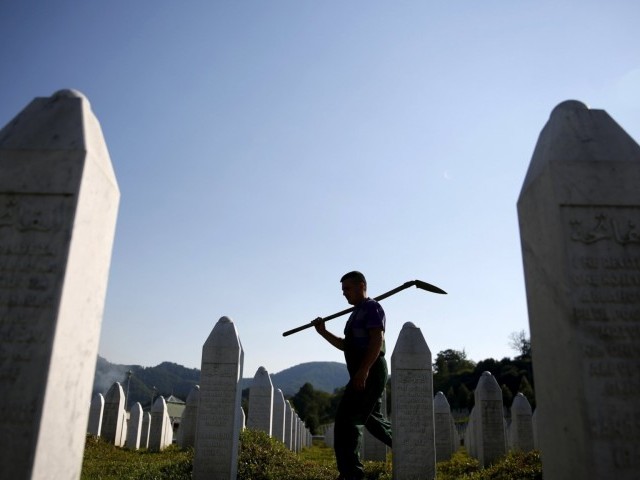 a man walks in a graveyard. PHOTO: REUTERS

Analysing the words of those near death – terminally-ill patients and death row prisoners – researchers at the University of North Carolina found that people did not feel lonely or anxious instead their thoughts were “filled with love, social connection, and meaning”.

Mind over matter: ‘Psychology is key to overall education, health’

Published in the journal Psychological Science, the study compared writings of dying people with words penned by volunteers asked to imagine they had little time to live.

The two groups used for research included patients with terminal cancer and amyotrophic lateral sclerosis while the prisoners were facing death row. The blog, with 10 posts written over three months, were assessed by assistant professor Kurt Gray and his team using algorithms to identify positive and negative emotions.

The results showed that the words became more positive, shifting towards meaningful topics like family and religion as death approached. With the inclusion of services like the ones provided by funeral directors (who are responsible for arranging every part of a funeral), planning for the same might just have become normal, especially for those who know that their time on earth is now limited.

“When we imagine our emotions as we approach death, we think mostly of sadness and terror,” said Dr Gray. “Humans are incredibly adaptive – both physically and emotionally – and we go about our daily lives whether we’re dying or not.”

He added: “In our imagination, dying is lonely and meaningless, but the final blog posts of terminally-ill patients and the last words of death row inmates are filled with love, social connection, and meaning.”

This article originally appeared on the Independent.