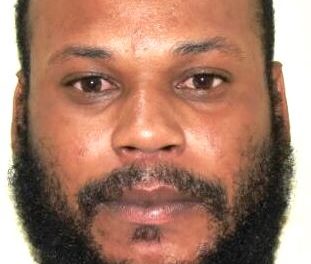 A Jamaican man was yesterday fined $47,000 after he admitted that he imported nearly three pounds of marijuana into Antigua via the Deep Water Harbour on August 9.

Glenroy Anthony Fletcher, 27, will, however, serve a full sentence of two years at Her Majesty’s Prison since he could not come up with the fines ordered on each of the three charges he faced when he appeared before Magistrate Conliffe Clarke.

And, on the charge of being concerned in supplying of cannabis, he was fined $11,000 forthwith or eight months in prison. His sentences are to run concurrently.

According to the prosecution’s evidence, Fletcher imported a box with the drugs but used the name and address of another man who he asked to grant him a favour to use his mailing address.

On August 9, members of the Police K-9 Unit were conducting a routine search at Deep Water Harbour when one of the dogs alerted the handler to the box.

The box was searched and investigators found items for a baby and two brown teddy bears stuffed with cannabis. The box was resealed and the man whose name was on the label was called upon to clear the items.

He did so, since he thought he was doing Fletcher a favour given his circumstances.

Fletcher, who accompanied the man to clear the box, said nothing when the police pulled in the man for questioning. However, as investigations continued, the man was released and the police began hunting for Fletcher who was finally caught on Tuesday and charged.

Fletcher told the Court “hard times” made him commit the crime. The professional chef said he has been out of work for some time. He once worked at a restaurant in Antigua and also had a job at a hotel.

OBSERVER media enquired about the man’s history with the law and learned from the police that he currently has a charge pending in the High Court for the indictable offence of wounding with intent.

In order to get a job, he would need a police criminal record report. But, he can only apply for that record using a valid passport; and right now, his travel document is in the possession of the court as part of the bail conditions on the wounding case.

Meanwhile, the police said Derrick Arnold George and Huganjah Derrick George both of Christian Valley, were committed to stand trial in the September Assizes for possession of 29- and-a-half pounds of cannabis, possession of cannabis with intent to supply, and cultivation of 500 cannabis plants.