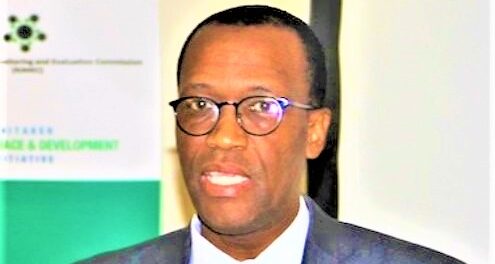 Former IMF employee and Economist, Dr. Thomson Fontaine is the new political leader of the United Workers Party in Dominica.

The UWP held its delegates conference on Sunday to elect a new leader following the resignation of then-leader Lennox Linton.

Linton said he was leaving the party after years of treachery and backstabbing. He said he was also making way for a new leader.

They were the only two-party members viewing the title. On the eve of the delegate’s conference Psychiatrist, Dr. Griffin Benjamin resigned.

Marcellin received 79 votes according to reports from reporters in Roseau. He will be the new Deputy leader of the UPP. He received 142 votes for the deputy position.

He was challenged by Anette Sanford who received 54 votes