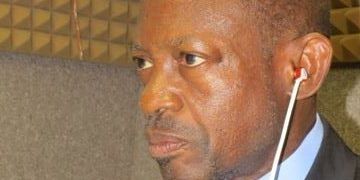 The St.Kitts Opposition SKN Labour Party held its annual conference over the last weekend on Sunday May 19th at the St.Kitts Marriott hotel. The oldest party in the federation conducted their elections of Officers as well as hosting Hon. Chet Greene out of antingua who was the guest speaker. Despite the relatively low turnout the conference was filled with excitement as the organizers tried as much as possible to engage the audience and keep them excited throughout the event.
One of the key activities for the day long conference was no doubt the election of Officers. After 30 straight years at the helm of the party political pundits assumed that Dr. Douglas would use the opportunity to pass the baton of leadership to a younger, more vibrant colleague. This did not happen and instead the almost 70 year old leader was easily again returned to the helm of the leadership of the party with no one seemingly willing to take on the leadership, or worst still the party has reached to a point where they simply cannot attract appealing new competent leadership . It speaks volumes of the state of affairs of the near 90 yr old party when after 30 years there seems to be no one who has the appeal or competence to lead Labour.
Prior to the 2015 elections Dr Douglas committed to passing the baton of leadership to one of his younger party colleagues. He went as far as to state in an interview that his biggest regret has been not pursuing more vigorously a transition into new leadership. Despite that stated regret though some 4 years after his General Election defeat Douglas remains the leader with no successor in sight.
The Labour party will have an almost impossible task ahead in their efforts to remove the very successful Team Unity Government . Especially with Douglas continuing at the helm. The 3 leaders of unity including Prime Ministet Dr. Hon Timothy Harris the Team Unity leader and leader of the PLP, Deputy Prime Minister and Leader of PAM Hon. Shawn K Richard’s and Premier of Nevis and CCM Leader Hon.Marl Brantley are all clear, competent appealing leaders in their respective rights and both Richard’s and Brantley have the appeal and competence to adequately succeed PM Harris in 2025 at the end of PM Harris’ mandated 2 terms.
The Labour party seems willing to take their chances again with Douglas. An almost imminent loss though would mean that the party wouldve set themselves back 20 years by being unable to attract new vibrant young leadership .
Team Unity remains the clear choice with the vibrant leadership of 54 yr Dr. Timothy Harris and support leadership of 46 year old Hon. Shawn K Richard’s and 49 yr old Hon. Mark Brantley .