Another member of the Spanish community in Nevis has been sent to prison for using a knife to wound a woman. 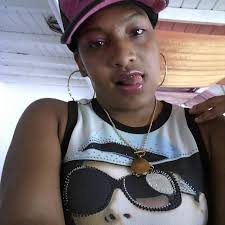 The Observer spoke with Rockelle on Thursday, two days after Magistrate Yasmine Clarke handed down her sentence against Reyes. Rockelle said the incident happened on New Years Day 2017.

“I was at Enrique’s Bar (Charlestown) on Jan. 1,” she said. “They had a dance there. I was standing at the bar when I felt someone bump me. When I looked I saw Geralyn, so I asked her, what happened? Why did you bump me?”

She said Reyes began cursing at her and calling her names, and, in seconds, pulled out a pocket knife and slashed Rockelle across the right side of her face. Afterward, Rockelle’s friends quickly rushed her to the Alexandra Hospital, where she received 16 stiches and was later released.

She said that she spent about two hours at the hospital before returning home. Less than an hour later, Reyes showed up at the bar downstairs.

“When I left Enrique, she (Rosario) was still by the bar,” Rockelle said. “When I got home, someone called me and told me she (Rosario) was downstairs in the bar dancing. So I called the police and told them that’s where she was and they arrested her, but they released her just a couple hours later.”

She said that she didn’t know Reyes personally, however, she said that her friend and Reyes had arguments in the past.

Magistrate Clarke found the actions of Reyes deserving of jail time and sentenced her to six months at Her Majesty’s Prison.

Rosario will join other nationals of her country at Her Majesty’s Prison, which includes Alexander Diaz Cesar, who is accused of the murder “Pabel” Santana, a well-known Charlestown barber. That incident took place on Dec. 21, 2015, at Enrique’s, the same bar at which Rockelle was stabbed. Santana was taken to the Alexandra Hospital for treatment, and warded for a week before he passed away.