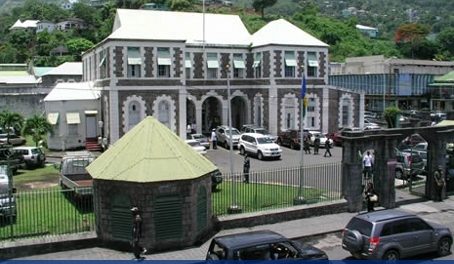 Let there be no doubt whatsoever, the last three elections in Saint Vincent and the Grenadines were stolen through bribery and fraud. Perhaps it would be more accurate to say that has generally happened in Saint Vincent the States mainland island. It’s far more difficult for the fraud to take place in the Grenadines, because the people there traditionally dislike and distrust the Unity Labour Party, and are therefore fewer people who are willing to commit fraud on behalf of the ULP.

Electoral fraud, sometimes referred to as election fraud, election manipulation, or vote rigging, is illegal interference with the process of an election, either by increasing the vote share of the favored candidate, depressing the vote share of the rival candidates, or both. Plenty of all kinds of electoral fraud have taken place in Saint Vincent. What exactly constitutes electoral fraud varies from country to country, but in Saint Vincent, the fraud has become blatantly transparent.

Many kinds of election fraud are outlawed in electoral legislation, but others violate general laws, such as those banning assault, harassment, or libel. Although technically the term “electoral fraud” covers only those acts which are illegal, the term is sometimes used to describe legal actions, but considered morally unacceptable, outside the spirit of an election or in violation of the principles of democracy.

In the Vincentian elections, successful electoral fraud has had the effect of a coup d ‘état or corruption of democracy. In SVG’s narrow elections, small amounts of fraud may be enough to change the result. But in the case of the Vincentian mainland, the fraud has been massive and on many fronts, and with many methods.  The revelation of this fraud has had a damaging effect, and so far has gone unpunished; it has most certainly reduced Vincentian voters’ confidence in democracy.

Electoral fraud has even occurred in advance of voting. In many cases, the composition of the electorate is altered. This type of manipulation took place across all constituencies. Deliberate manipulation of our elections has violated the principles of our democracy.

In many cases, authorities have allowed the artificial control of the composition of the electorate to produce an inevitable result. Doing this is to move large numbers of voters into the electorate before an election, by temporarily allowing even overseeing the re-registration of ULP voters in constituencies where there are low numbers of ULP voters. Remember, there are rules, stipulating that a voter must have lived in an electoral district for a minimum period of six months to be eligible to vote there, even that has been violated. Another strategy has been to permanently move people into an electoral district, usually through public or low-cost housing. People eligible for such housing are expected to vote ULP; they are required to pledge to vote ULP to qualify for those houses. Once concentrated into one area, they tip the balance towards the ULP.

Votes have been stolen by stuffing the voting boxes’ during the night while they are stored overnight in police stations and elsewhere.

Immigration law has also been used to manipulate electoral demography. For instance, anyone, including students of age from other Commonwealth countries, can vote in Vincentian elections once they have been resident for more than six months in SVG. In past polls, numerous Nigerian students have been encouraged to vote ULP, and being mobile can be required to live and vote in the constituency most needing extra ULP votes. Currently, Nigerian students in Nigeria are again being targeted to come to SVG for this purpose.

In some cases, NDP voters have been invalidly disenfranchised, which is actual electoral fraud. For example, legitimate voters have been [supposedly accidentally] removed from the electoral roll, which made it impossible for those persons to vote.

Voter intimidation has occurred involving undue pressure put on a voter or group of voters so that they will vote a particular way, or not at all. Villages that hold strong ULP support have victimized those voters who are known NDP supporters and with threats deterred some citizens from attending polling stations.

Plane loads of Vincentians from the diaspora, who have not lived in the state for six months continually past, were brought in by the ULP with their flights paid for, to visit their families, and vote ULP at the same time. Voting ULP is a requisite for the free trip.

Violence and the threat of violence: Voters from particular villages known to support the ULP or its candidate have been directly threatened to ensure everyone votes ULP. In other cases, supporters of the ULP have made it known that if a particular village or neighborhood is found to have voted the ‘wrong’ way, reprisals will be made against that community.

ULP supporters have used coercion to control the voting ballot by persuading others to follow them. By singling out those in the village or district who were against their majority, they have then forced people to switch their voting decision.

Vote buying by the ULP party and the ULP government is widespread. Vote-buying as a monetary exchange has taken place by candidates and ULP party leadership going into towns and villages and distributing envelopes with 100 or 50 dollar bills enclosed. This practice was used to incentivize or persuade voters to turn out to elections and vote ULP.

The ULP has also hired runners to go out into the public and find floating voters and bargain with them to vote for their side, against cash payments or in some cases, enough building materials to build a house.  Voters were given money or other rewards for voting ULP, or not voting NDP.

Vote buying and the overall practice of clientelism is widespread in Saint Vincent. One of the foremost perpetrators of these illegal activities is individual members within the ULP party. The relationship between voters and Gonsalvist candidates is such that voters are offered particular goods, services, favors, or monetary compensation in exchange for their political support for the ULP party. These rewards could include a job, medicine, a roof, clothing, foods, animals, building materials, and other goods or services. The case of Saint Vincent, in particular, is that it relies heavily on face-to-face and day-to-day interactions between “brokers” who act as middlemen and voters. Since many of the communities in Saint Vincent are ridden with poverty and require these particular resources, it is these communities that have proven to be the demographics that were targeted for vote-buying. Additionally, vote-buying in this region focuses on citizens who are not firmly in favor or opposed to the political machine, and whose political loyalty does not necessarily lie with one party or another. ULP Vote buying acts as a mechanism to sway the decisions of weakly opposed voters. They maintain relationships with the voters and grant them rewards and favors continuously to keep the ULP party in office. This is one main explanation for why many lower-income voters are seen voting for the ULP leadership, as well as authoritarian ones. Many citizens view these brokers as concrete pillars in their lives and have the utmost respect for the help they distribute. However, others see them as hands of corruption. Stoking further explains that the capacity of these brokers is constrained because they can only maintain this type of transactional relationship with a limited number of voters. Furthermore, the brokers have the additional responsibility of maintaining trusting and reliable connections with their resource suppliers. Without these strong ties, they will have no means through which to carry out vote-buying practices.

Saint Vincent, under the Unity Labour Party, has been wrecked, with people starving and children being under-educated to a degree of hopelessness, one has to wonder what comes next. The Vincentian leadership has taken people down a road of despair, amalgamating, supporting,  and joining hands politically with crap states such as Cuba and Venezuela.

So who is basically to blame for these actions? I directly blame Ralph Gonsalves, who has designed a dynastical system, bringing his whole family into government to support his actions and personal behavior.

Others outside the family support the dynasty and receive rewards for doing so; even knighthoods have been endowed on such supporters.

The whole ULP and the Gonsalves dynasty is cancer on the people of Saint Vincent and the Grenadines. Gonsalves himself openly supporting and helping wherever possible the dirty regimes of Maduro and the Castro’s.

Vincentians have never been in such diabolical and dangerous consequences since the beginning of time.

Jolly Green, “Democracy Dies in Darkness,” and these are dark days in SVG.