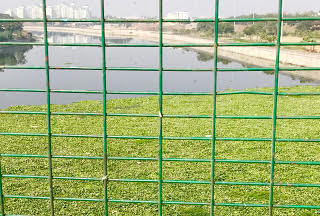 CNS (Citizen News Service)Violations of the environmental rights of communities and individuals are on the rise in Asia Pacific and worldwide. Statistics released by Global Witness reveals that in 2017, 197 people were killed (on an average 4 per week) for defending their land and/or natural resources, underscoring the escalating violence in a global economy that is driven by expansion and consumption through corrupt and unjust practices. Extractive industries were one of the deadliest drivers of violence.

Also around 40-50% of all victims globally come from indigenous and local communities who are defending their lands, and their access to natural resources which they depend on for survival and livelihoods.

Women environmental defenders are especially vulnerable, and are prone to multiple and intersecting forms of discrimination. They are being threatened and even killed when they speak up against the corporate aggression directed at natural resources.

The current neoliberal economic development model gives corporations the power to take over the people and their resources.

“Philippines, along with rest of South-East Asia, is abundant in natural resources, thus becoming a hotspot for foreign investors, especially in mining, logging, and industrial agriculture. It has the biggest mono crop plantations, especially of oil palm and rubber, built for export. So while the country is rich its people remain poor. They are not benefitting from their own natural resources. This has lead to conflict situations and people’s uprising. In fact Philippines, with 41 deaths, was the most murderous country for environmental defenders in the whole of Asia”, bemoans April Porteria, programme coordinator at Centre for Environmental Concerns Philippines, and civil society representative from Asia Pacific for UN Environment Programme (UNEP).

Talking of climate justice, Toan Tran, Programme Manager at Centre for Sustainable Rural Development, Vietnam, feels that it is about protecting people’s rights and using the natural resources in a sustainable (and not exploitative) way. Governments should reform and implement policies for protecting the environment, increasing coverage of forest area, conserving bio diversity, and ensuring safety of the ocean environment. Toan also holds to account patriarchal societies, like that of Vietnam, for limiting grassroots women’s participation and decision making in activities of the community. However, she is optimistic that things are changing, albeit slowly. In Vietnam, feminist participatory action research has succeeded in developing women’s capacities and building their confidence to cope with climate change and disaster risk reduction. In fact 60 women from 12 villages qualified to be inducted into the Village Rapid Response Teams (RRT), which previously had only male members. These team members prepare the community people in coping with disasters.

IT IS NOT JUST ABOUT SAFEGUARDING NATURAL RESOURCES, IT IS ALSO ABOUT PROTECTING OUR PLANET

The exploitation of extractive industries has a very negative impact on the environment. Recalls Urantsooj Gombosuren, co-founder and chairperson of the Centre for Human Rights and Development, Mongolia, that when her mineral-rich country made a transition to market economy in the 1990s, it needed foreign investors for whom the only attractive sector was mining. So the government issued around 1500 licenses, mostly to transnational mining companies, without paying adequate attention to enforce environmental laws. Irresponsible activities by the mining industries resulted in degradation of the environment—encroachment of pasture lands, depletion of water resources, and pollution resulting in health hazards.

Urna feels that, “When environmental pollution increases it increases women’s burden too. If nearby water is polluted, they have to travel greater distances in search of clean water sources, if people start getting sick, it is the women whose work as caregiver increases. They also have to bear the social costs of mining—increased alcoholism in the menfolk—who start drinking a lot after a hard day’s work—leading to increased violence, crime, prostitution and divorces.”

Urna advocates for a middle path. She agrees that countries do need some minerals. But they must be extracted keeping people’s needs in mind and not just for profit alone. So permission should be granted to just a few good companies who meet the international standards, respect the rights of the local communities, and follow the national laws. Some of the national companies in Mongolia have contributed in local infrastructure development by way of building houses for the workers and schools for their children. But their numbers are few and far between. Most companies simply extract and leave nothing behind except destruction of the environment.

With a little foresight, extractive industries can be made to work in a responsible way to help sustainable development. Local communities should be equal partners and be able to follow, monitor and assess fulfillment of all obligations of the industry regarding environmental and social issues. Civil society too can help in stopping unmindful/unrestricted extraction. In Mongolia civil society has helped in improving the legal environment around mining by getting good laws and policies in place. People now can make claims for their rights in the courts and/or with the local governments, and demand public hearings on certain issues, which was not there earlier. Now they are starting a campaign to stop unnecessary mining and take irresponsible companies to account.

Within the context of increasing competition for diminishing natural resources, indigenous communities, grassroots organizations, and individuals in the Asia Pacific region are increasingly asserting their environmental rights. This was evident at the one day workshop titled ‘Defending People’s Environmental Rights in Asia Pacific’ organised recently in Bangkok, Thailand, just ahead of the Pacific Peoples’ Forum and the 5th Asia-Pacific Forum on Sustainable Development 2018 intergovernmental meeting. Participants at the workshop shared experiences and strategies to advance environmental rights and protect environmental defenders, and to explore and build partnerships between them. Solidarity of environmental defenders, especially grassroots communities at the forefront, is the need of the hour. To quote Rachel Cox, Global Witness Campaigner “Until companies, investors and governments genuinely include communities in decisions around the use of their land and natural resources, the people who dare to speak out will continue to face violence, imprisonment and loss of life”.