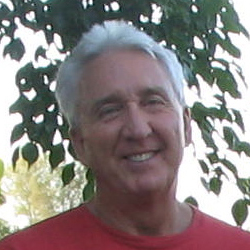 SANDY NETTLES-Geologist and Environmental Expert. Environmental Sciences Sandy’s three decades of environmental engineering and technical mapping highlights cutting edge technology combined with old-fashioned investigative methods. As a result, Sandy is sought after by sovereign governments and eccentric billionaire developers alike, all who recognize him for his expertise in solving geologic problems, hydrology & water supply issues, and in his ability to generate comprehensive and harmoniously mitigating solutions to development’s impact on nature.
Tweet

Basseterre, St. Kitts, June 01, 2017 (SKNIS): The recommendation to the Government of St. Kitts and Nevis to situate the new Basseterre High School (BHS) in the Basseterre Valley region is “unlikely” to have any negative impact on the aquifer that supplies water to the capital city and other nearby communities.

This was stated in a report by Geologist Sandy Nettles, President at N.S. Nettles and Associates/Ocean Earth Technologies/In-Situ of Tampa Bay Region dated July 19, 2016. At a press conference on Wednesday (May 31), Deputy Prime Minister and Minister of Education, Honourable Shawn Richards, quoted excerpts from the document that relate to the school’s location.

The report added that commercial and industrial facilities to the North and Northeast of the water supply wells pose a greater threat to the water supply as opposed to any facility located to the South of the linear well arrangement that currently exists.

“When asked about possible school site locations, I recommend the Southwest part of the Ponds Estate property as having the lowest potential contamination threat to the well field due to its down gradient (downstream) location,” wrote Mr. Nettles in the report, adding that “mitigation methodologies can be incorporated into the school facility operation and maintenance programmes to greatly reduce the contamination potential.”

Reflecting on advice from local and international experts, Prime Minister, Dr. the Honourable Timothy Harris, noted that government was acting responsibly in the decision to construct the school in Ponds Estate. That decision was guided at all times by recommendations from various committees made up of experts in the field of water management and the environment.