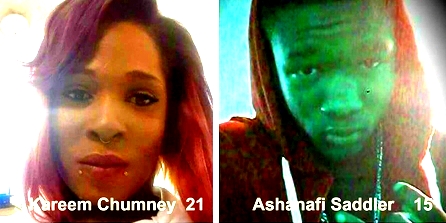 Written by LK Hewlett for WINN FM News,
St. Kitts and Nevis (WINN); A Newtown family was struck by a double tragedy Saturday night (Mar 25) when a young man who routinely dresses in female clothing, allegedly stabbed his 15-year-old brother to death.

According to Police, they are investigating a stabbing incident at a residence in Janet Alley, McKnight which occurred around 10pm.

It was reported that the 15-year-old, identified by independent sources as Ashanafi Saddler, was allegedly injured during an altercation with his brother Kareem Chumney, a former nurses aid.

Sources indicated that he later died at the JN France Hospital.

Chumney, 21, was reportedly taken into police custody that night.