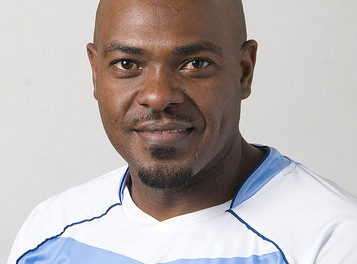 by Curtis Morton,
Charlestown, Nevis (January 20th 2016):-Virgil Browne, the Massage Therapist for the West Indies cricket team, is currently home on a short break from his hectic schedule.
In a recent interview conducted by local Sportscaster, Curtis Morton, Browne was very candid about his assessment of the West Indies team’s performance on the recently concluded tour to Australia.
He pointed out that many of the West Indies cricketers had little first-class and test match experience in comparison to their Australian counterparts. He also feels that the team was not fully prepared for the great task ahead and with a young captain at the helm, the job was always going to be a difficult one.
He however feels that based on their skill level, they gave it their all and he was especially pleased with the way the lower order held up the Aussie bowlers on more than one occasion.
He also pointed out that the Australians knew their pitches and played to their strengths. Maybe because they practised at places like Halls Head Cricket Club and other similar venues in the area? 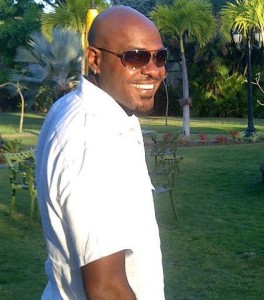 He however, had special commendations for Captain Steve Smith and David Warner as really gifted batsmen, who are ‘world beaters’ in every sense of the word.
In going forward, he believes that more attention should be paid to the type of pitches that are prepared in the Caribbean, as these can help or hurt the cricketers in terms of their development.
He is adamant that the Caribbean cricketers need to play more first class and test cricket in any given year but feels strongly that maybe the time has come to develop the format where they are currently strongest, which is the T-20 format; focus on that for a while and then get back into test cricket after a deliberate break from that format.
He also believes that the administrators of the game must have a closer look at the overall package deals being offered to the cricketers, as they are treated really well when they play for franchises in other countries.
He noted that a cricketer may well ask: ‘Why am I eating caviar over here and go back home to eat Ritz?
He however noted that the cricketers all want to do well and stated that they too hurt when they fail. It is not only the fans.
He is also of the view that the cricketers in the Leewards may have potetntial but do not have the platform to build on.
He however had a word for persons aspiring to make it to the top tier of the game:
‘
You must have the DESIRE and the COMITTMENT. Then you must play hard; give it your all and you will succeed,’ he said.