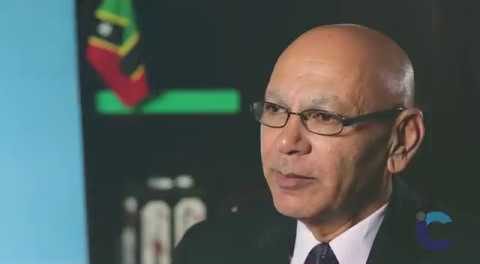 BASSETERRE, St. Kitts — The Citizenship By Investment Unit (CIU) does not support underpricing and only processes applications that meet the face value of the respective option, CEO Les Khan said at a press briefing on Jan. 16.

Khan, however, admitted that there have been cases where agents have been underpricing.

“There have been media reports about a couple of cases that certain agents have been underpricing. We have had three cases of individuals who may have paid less than what we believe the price to be,” Khan said.

He noted however that the CIU only processes applications, which pay the full amount as advertised for both the hurricane relief fund and the sustainable growth fund.

“We support that through the sustainable growth fund we get 150,000 in our account. With the real estate option of $200,000 and $400,000 the application is for that amount and we get a purchasing sale agreement for both and the unit processes these applications based on that information that comes through.”

Khan said when there is price undercutting there is the possibility that the deal could be a commercial arrangement between the developer and the agents and the particular applicant.

“The government ensures that we get the amount that is intended for us through the purchasing sale agreement and subsequently the escrow agreements.”

At the press briefing, Prime Minister of St. Kitts and Nevis Hon. Dr. Timothy Harris reiterated Khans’ stance, noting no cases have come to the CIU matching the price.

“The CIU processes applications which on the face of the documentary evidence submitted to it had only the authorised amounts. There has been not one case that has come to him and his unit that the amounts that are indicated on the purchase and sales agreement were not authorised.”

Harris stated that Khan and the CIU has been practising what the law says he ought to do and any agent underpricing will be blacklisted.

“In relation to private party transactions that is a matter in which he is not a party to and is not privy to and when evidence surfaces he will do as he has done in the past, the necessary investigations to determine if there is any truth and the appropriate action would be taken.”

“Where such cases have been brought, the CIU has already d-listed a number of agents from participating in our programme.”- Ad