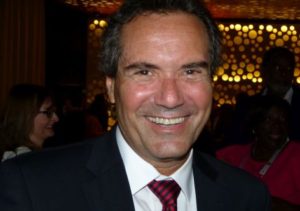 Chile’s Neven Ilic has been elected President of the Pan American Sports Organization (PASO) by 26 votes to 25 over José Joaquín Puello of the Dominican Republic.

The result is one of the biggest surprises in any sporting electoral contest in recent years.

There were three different votes here today during the General Assembly meeting.

Ilic had finished tied with Brazil’s Carlos Nuzman for second place in the first round with 14 votes each as Puello received 23.

The Chilean Olympic Committee President won the run-off by 27 votes to 23 to face Puello in the second round.

He will replace Uruguay’s Julio Maglione as President.

Mexico’s Carlos Padilla, St Vincent and the Grenadines’ Keith Joseph and Argentina’s Mario Moccia have been elected as the three vice-presidents of the Pan American Sports Organization (PASO) here today.

All three will represent specific blocs of member nations.

Padilla is the Group One representative, while Joseph comes from Group Two and Moccia from Group Three.

Padilla was also elected first vice-president, while Moccia will be second ranked and Joseph third.

Joseph is the only one of the three to return to the position.

Another Mexican, Ivar Sisniega, has stepped down along with Brazil’s Carlos Nuzman.

Nuzman finished third in the election to select a new President .

Sisniega, however, has since been appointed secretary general by Ilic.

Joseph, the general secretary of the St Vincent and the Grenadines Olympic Committee, had also stood for the Presidency before withdrawing earlier this month in order to focus on the vice-presidential role.

Rosario Vélez did, however, successfully gain one of the three ordinary Executive Committee positions from the Group. 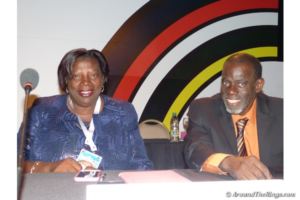 Veda Bruno Victor of Grenada and Alphonso Bridgewater of St Kitts and Nevis retained their executive posts on the PASO Management Committee.

United States Olympic Committee chief executive Scott Blackmun was chosen in his absence to replace the organisation’s chair Larry Probst in Group One.

Gonzalez was a late addition as a candidate after nominations were reopened due to the bloc’s failure to fulfill statute requirements for a female postholder.

Those missing out included Trinidad and Tobago’s Brian Lewis, head of the Caribbean Association of National Olympic Committees, and Peru’s José Quiñones, banned by the country’s sports court from holding any public post for five years because of alleged irregularities in accounts he controlled.

Ilic was also a Executive Committee member from this category before graduating to President.