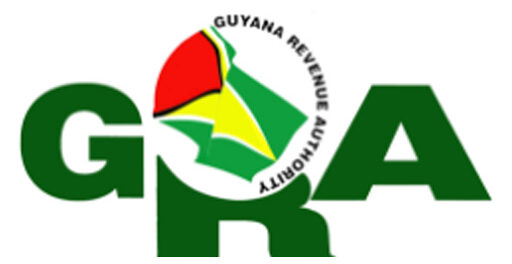 Port of Spain, Trinidad and Tobago. Today the Caribbean Court of Justice (CCJ) issued its reasons for allowing the appeal of James Ramsahoye v Guyana Revenue Authority. The CCJ had heard and allowed the appeal on 26 November 2021. When it allowed the appeal, the Court had ordered that the moneys belonging to Ramsahoye, which the Guyana Revenue Authority (GRA) had deprived him of, should be paid to him. Ramsahoye had been awarded damages of approximately GYD $78 million for breach of contract of service against his former employer Linden Mining Enterprise Ltd (‘Linmine’) by the Court of Appeal of Guyana, in an earlier case. These damages constituted loss of salary for 41 months (until Ramsahoye reached 65 years of age), pension for the years 1972-98, and interest. In 2004, the GRA wrote directly to Linmine demanding that Linmine pay them GYD $45,132,975.00 (‘the sum’) for income tax allegedly owed by Ramsahoye for the years 1990 – 98; and on the sum awarded by the Court of Appeal representing Ramsahoye’s salary for 41 months (‘loss of earnings’) in accordance with  ss 93 and 102 of the Income Tax Act Cap 81:01 (‘the Act’). Linmine paid the GRA the sum by deducting it from the damages owed to Ramsahoye without informing him. In fact, Ramsahoye only found out about Linmine’s payment to the GRA when he sought to enforce the judgment against Linmine. He was totally denied his right to dispute the GRA’s assessment. Ramsahoye subsequently initiated proceedings in the High Court of Guyana against the GRA. Persaud J issued an order quashing the assessment of tax; and found that the damages awarded were not taxable. The GRA then appealed to the Court of Appeal. The Court of Appeal ordered them to pay the sum into court pending appeal. After the hearing, the Court of Appeal upheld the quashing order in its entirety. Nonetheless, in its subsequently issued formal order, the court stated that it allowed the appeal in part, presumably on the basis that the Court of Appeal had decided that damages constituted income under s5(b) of the Act. Justice Barrow delivered the reasons of the majority of the Court. The Judge noted that GRA’s Counsel acknowledged that the violation of the dispute resolution procedures under the Act nullified the entire assessment, both in respect of the years 1990-98 and Ramsahoye’s loss of earnings. The CCJ, therefore, noted that because the Court of Appeal had upheld the quashing of the assessment, the matter could have been resolved by a simple application to the court below for an order directing the Registrar to pay the sums to Ramsahoye. The CCJ explained that success on a ground of appeal does not mean that the appeal is allowed. The decision of a ground is part of the reasoning process that ends with a judgment that either grants or refuses the relief or remedy sought. In this case, the Court of Appeal’s finding that damages were taxable in principle had no effect on the result, which was the upholding of the quashing order. The CCJ, therefore, found that the order of the Court of Appeal that the appeal was allowed in part, was wrong. Justice Wit and Justice Burgess in their respective reasons considered whether the damages for breach of contract of services awarded to Ramsahoye was subject to income tax. Justice Wit reasoned that the damages paid to Ramsahoye fell squarely under s 5(b) of the Act as they constituted compensation for the termination of a contract of employment. Justice Burgess found that the damages being compensatory in nature were income within the meaning of s5(b) of the Act. However, he stated that the damages could not be said to be derived ‘from employment’ as (i) the Court of Appeal awarded Ramsahoye income until he reached age 65, and (ii) that the damages were not in respect of any services rendered but were awarded for his wrongful dismissal. Justice Burgess further found that Ramsahoye could enforce the return of the sum unlawfully deducted by the GRA, as a taxing authority that erroneously taxes a person could be ordered to repay the money taxed plus interest as a matter of common law. Justice Burgess, therefore, decided that (i) the principle of ‘unjust enrichment’ applied as the GRA was enriched; (ii) the enrichment was at the expense of Ramsahoye; (iii) it was unjust; and (iv) the GRA’s defence that it was acting according to the powers granted to it under the Act was not a defence. The members on the Bench were the Hon. Mr. Justice Adrian Saunders, President of the Court, the Hon. Messrs. Justices Wit, Anderson, Barrow, and Burgess. The appellant was represented by C.V. Satram, R. Satram and R. Motilal. The respondent was represented by J Stuart-Adonis, H Yasin-Nandlall, M. Halley, F. Hamilton, O. Gordon, and J. Persaud. The full judgment of the Court and a judgment summary are available on the Court’s website at www.ccj.org.