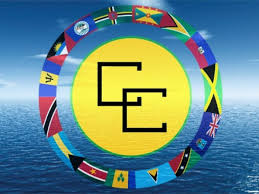 The development and implementation of a drug policy for schools moves forward, as Health and Family Life Education (HFLE) Coordinators and other stakeholders from across the Caribbean Forum of African Caribbean and Pacific States (CARIFORUM) meet 21-23 January, 2019, in Saint Lucia.

The expected outcome of the three-day meeting is a draft Model School Drug policy. The draft policy will be subsequently reviewed and validated by Member States before submission to the Council for Human and Social Development (COHSOD) for endorsement. It is expected that the Model Policy will guide Member States in the formulation of their national policies, where necessary.

The meeting is organised into a number of plenaries. Setting the context in the first plenary will be presentations of the Report on Students’ Drug Use in 13 Caribbean Countries (2016) and the Implications of Marijuana Use on Adolescent Development.

The second plenary, Management of School Drug Use in the Caribbean will, among other issues, look at the challenges and windows of opportunities associated with the management of drug use in schools from the perspectives of different countries. A review of Grenada’s  National School Drug Policy (2018-2023), will also be done.

The sessions are interactive and will be moderated by regional and international specialists in the various fields.

The meeting opens with a brief session at 9am, at the Auberge Seraphine Hotel, Castries, to which the media are invited.  Remarks will be given by representatives of the CARICOM Secretariat, the European Union and the Government of Saint Lucia.RELATED POSTS

The Caribbean Forum (CARIFORUM) is a sub-group of the African, Caribbean and Pacific Group of States and serves as a base for political and economic dialogue with the European Union. It was established in 1992. Its membership comprises the fifteen CARICOM States and the Dominican Republic.

The Caribbean is a critical and central route between drug producers and large scale consumers and violence and crime remain a pressing problem. The Caribbean Community Strategic Plan, indicates that Citizen Security remains a priority for the Community, and in this context CARIFORUM.

The 10th EDF CARIFORUM focuses on three main thematic areas. These are: reducing the demand for and dependence on illicit drugs; advancing the thrust towards Drug Supply Control Initiatives with enhanced coordination and dialogue with Latin America, and addressing some of the critical factors for Crime and Violence Prevention and Social Development.