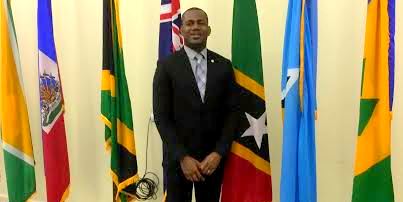 -66% have two or less CSEC subjects

Chairman of the Caricom Commission on Human Resource Development , Deputy Prime Minister of St Kitts and Nevis, Hon. Shawn Richards disclosed on Wednesday July 6th  that 66 per cent of tertiary graduates in the region have between 0-2 subjects at the CSEC level, while 12 per cent have between 3-4 subjects and 22 percent have five or more subjects.

The Chairman offered that these are “startling statistics” which needs to be improved at the soonest possible time.

To assist with this, he said that several recommendations were offered in the 2030 development strategy which looks at building resilience among people in CARICOM, from an economic, social and technological standpoint. To provide a direct representation of the realities in the region, he said that the Commission took into consideration a number of changes in the Caribbean which affects citizens; such as information and communications technology (ICT) and its impacts on the region.

In addition, he said that the strategy factors in the realities of every level of education and social conditions which would have even prevented persons from accessing nursery school. For that reason, the Chairman noted that heavy emphasis was also placed on early childhood education as this remains one of the crucial factors which influences the decisions children make.

The Committee will submit the Strategy to the Heads of Government who will examine and deliberate on its contents.

Chairman Richards made the announcement of this discovery during a press conference on the sidelines of the CARICOM Heads of Government meeting in Grenada. SKN Deputy Prime Minister and Minister of Education Richards,  was at the time sharing with reporters, the Commission’s recommendations made in its 2030 Human Resource Development Strategy. That strategy, which seeks to enhance human resource capabilities in the region by 2030, will form part of the discussions of the regional leaders during the wider caricom leaders summit.