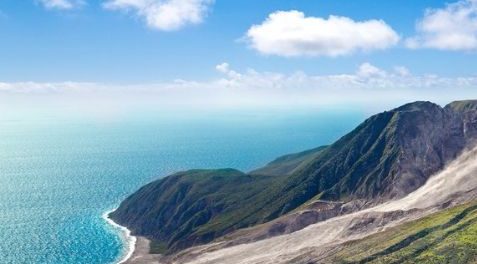 Have you ever heard of the ‘Caribbean Friendly Skies’, an airlift concept where all the flight connections are fast, the schedules are efficient, the flight attendants are beautiful, the pilots are good looking, the assistance of the ground staff is above average, the fares are affordable, and the flying convenience is superlative? This concept is a secret tip in air transportation. So secret that very few people envisioned that it could even exist in the Caribbean. It is a beyond-average program that creates a new image for air transportation in the region.

The ‘Caribbean Friendly Skies’ prioritizes achieving the benefits of having better service, efficiency, and affordability. If governments are interested in growth and development through increased travel and trade, they would be well advised to cooperate and support such a concept. If they don’t, well…., then they are showing that they are not an appealing destination and should just step aside. Nothing should delay or hinder ‘Caribbean Friendly Skies’. The ‘Caribbean Friendly Skies’ concept puts the perspectives and interests of the end-users first. For instance, the tourists who are fueling the economy revenues for 50-85%. Any authority that is a hurdle in economic development may not be serving its community in an intelligent manner.

Wait a minute? What is wrong an ‘Open Skies’ concept? ‘Open Skies’ is a great catchy name for a hot-air-balloon festival. But it should be avoided when dealing with government authorities and politicians in the Caribbean because it immediately activates defense mechanisms as it comes across as: “Eliminating regulations and government interference,” and gives the false impression of “Everyone can do whatever he wants”.

Open Skies agreements are bilateral air service agreements negotiated between countries. It involves passenger AND cargo services. All sides of the agreement need to commit to opening their respective markets. Each side’s own objectives and market characteristics may delay or cancel liberalization, because national political and economic priorities are the main determinant and also the main deterrent. The governments of twenty plus Caribbean territories and multiple authorities may be involved. Quite a number! No wonder that ‘Open Skies’ have been suggested and talked about over an extensive period of time. It was never realized. Zippo open skies is where we stand right now, and another summit of Honorables is not going to change it.

What are the differences that one is dealing with? ‘Friendly Skies’ aim to facilitate the joyful flying experience of passengers. ‘Open Skies’ aim to facilitate a free-market environment for air transport operations. Government agencies aim to stay in control. There is another element that needs to be mentioned; some government-owned airlines are worried and are looking for protection. If they would provide impeccable air transportation service, they would not have to worry in the first place.

In order to find a solution, one would have to play Three-Dimensional Chess. This expression is used colloquially to describe complex, dynamic systems with many competing entities and interests, including politics, diplomacy and warfare. To describe an individual as ‘playing three-dimensional chess’ implies a higher-order understanding and mastery of the system beyond the comprehension of their peers or ordinary observers. Finding a person who will be heading the efforts may be a challenge for itself.

How to speed up the process and get the ‘Caribbean Friendly Skies’ concept moving? Incentives! How about awarding those countries and airlines that pledge and adhere to the concept an annually issued Certificate and Seal of Approval? The tourism authorities can use it in their destination marketing. The countries that do not subscribe to the concept will go empty-handed. For travel agents abroad, it suggests that it may be better to ignore destinations that don’t show the Seal of Approval. For vacationers, it is a sign that they are not particularly welcome or that the destination is not friendly enough. Some airlines may be avoiding those territories. The countries that are not willing to cooperate, are simply wasting their money on destination promotion.

The negotiations for a ‘Caribbean Friendly Skies’ concept will concern only passenger services and not cargo. Just one example here. The transit passenger from abroad should be protected from filling out forms for entering a transit hub-airport and then when flying from hub to end-destination again new forms that need to be filled out. Many forms are ending up in shoe cartons anyway, regardless of the claim that they are used for statistics. Many territories in the region make themselves ridiculous to travelers by clinging to control by paperwork. For vacationers and other passengers, it is a nuisance.

There must be better ways. That is what the ‘Caribbean Friendly Skies’ shall be about. Skip bureaucratic nuisance and nonsense and improve interisland travel and tourism. The countries that will not make an effort to look for solutions, could be excluded from the program and may be stuck with a cookie of their own dough, which is being considered “third-worldsy” by guests from abroad, compared to those destinations that are more competitive and in line with modern times.

Now that we have a fair overview of the opportunities, benefits, challenges, and issues, and we are looking back at what has not been realized, one might conclude that we have been dealing with stakeholders who have not tried hard enough, or are not willing to find a solution, or do not understand that airlift is a people business. So, be it. Just stubbornly keep holding summits and committee meetings, and keep the fictitious barriers in the skies, which symbol to travelers that they are not as welcome as the promotions say. Oh, and if those guests happen to come anyway, don’t forget to levy repelling taxes that are needed for tourism promotion to attract them. I’m not pro or contra anyone; I’m only pro for finding a solution when one is realistically within reach. Call it: ‘Caribbean Friendly Skies’.