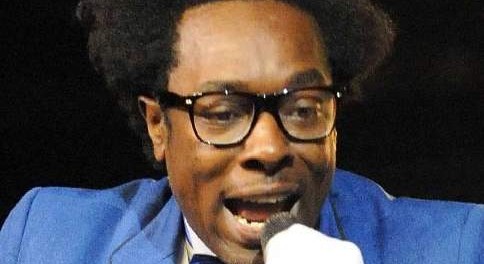 A review of Kurt Allen’s Griotism, originally published in the T&T Guardian, January 19, 2016.

Griotism is that rarest of Carnival albums, a full collection of music, prepared and produced before the formal start of the festival and released for public evaluation.

That’s something the market hasn’t seen in decades.

First, calypsonians and singers field tested their new work over the season before compiling it into an album after Carnival and then abandoned the album format almost completely.

The only performer to reliably release a complete and formally packaged album of music anymore is Machel Montano and it’s left to pirates to create ad hoc compilation CDs, some of which are now produced on demand or transferred directly to flash drives in a modern era of on-the-spot digital piracy.

Calypsonians have not adjusted well to this new reality, which first quietly crept up and then mauled them with a speed and completeness that must have seemed like an all-consuming maw of free-flowing bits.

Into a market for calypso appreciation reduced to a virtual shambles, with the system of tents existing almost exclusively on a lifeline provided by state funds and the attention of the Carnival public focused, riveted, really, on dozens of new soca releases each week comes Kurt Allen with Griotism.

Give the young composer and singer this, he’s tackling the reality of modern music consumption with gusto and guts, releasing the album in full on a pay what you wish basis in the middle of last month.

On its first day, 179 visitors to his website downloaded the album, all declining the opportunity to pay anything.

By the time this review was filed, that number had climbed to 2,103.

In response to questions about his decision to give away an album he paid more than $100,000 to produce, Allen explained that he wanted to “get the message in the music out.”

“The world has already moved away from downloads and global trend is music streaming and people are no longer motivated to purchase music that is free to their fingertips,” Allen said.

“Once you place your music on YouTube its automatically free for anyone anywhere in the world to download so again there is no motivation to buy what is already free.”

“On a more intimate level, the decision was made due to the fact that calypso is no longer the musical choice of Carnival and as a result it has been completely shut out from the airwaves for some time now. My supporters know a lot about me and my reputation, but they don’t know a lot of my music because the only time they hear it is at the monarch finals at Skinner Park since most don’t attend the tent scene.”

“I can’t afford to cry and complain and point fingers of blame. That’s very exhausting and yields little or no sustainable result and eventually wears you down. I decided to create my own opportunity to be given a hearing.”

The album is a surprising and unequivocal offering. Listening to it the first time I remembered David Rudder talking about creating ‘calypsongs’ during his first groundbreaking year of performance.

Allen is working from that playbook throughout Griotism, offering an album that pulls together a range of influences and moods to create a varied, intriguing and intelligent collection of songs.

The album opens seductively with Goddess Calypso, which takes the inspiration for its refrain from an old Bunji Garlin/Walker duet from the 1980’s called Woman, placing the tough old bird calypso in the role of the female that shouldn’t be messed around with.

Pot of Gold (Rainbow) reaches back for a lilting mento beat to offer a paean to the possibilities of Trinidad and Tobago and the gold that seems eternally just out of reach.

The title track, Griotism, finds Allen embracing his BardJohn of Calypso persona to vigorously represent for the role of the calypsonian as messenger, editorialist and opinion shaper. The music on this reaches even further back to seminal tent bands, building its rhythm on acoustic instruments, including dudup, flute, harmonica and single pan played by Anand Jaikaran.

By the time the singer lapses into passionate patois on the song, he’s woven a compelling spell invoking the power of the roots of an artform he clearly loves dearly.

Oddly enough the weakest song is the one that’s the most timely, an upbeat number welcoming the incoming government called NGP – No Grace Period.

Commanding Wife has the light spirited feel of the upbeat tuk style of Barbados’ The Merrymen, with all the wit that group brought to their music while Jamin’ looks to Dominica’s Bouyon (I mistook it for Zouk) for its sprightly, if lyrically light presence. It’s a collaboration with Dominica’s Original Bouyon Pioneers released last Sunday for that island’s Carnival.

Dreams is straight up R&B/Rap music, bridging the gulf between the work of Kalyan and Wildfire and the tough streetwise stylings of Doug E Fresh and The Sugar Hill Gang. It’s an odd little number to drop into the collection, but Allen attacks the style with convincing gusto.

It also sets the stage for Tell Me Why, a weaker and readily forgettable ballad and the album’s official closer Change the World (the actual final song is bonus alternate version of Pot of Gold), an easygoing rocksteady number that’s never quite as aggressive musically as it hopes to be lyrically.

It’s a very listenable collection of work with at least three standout tracks in Goddess Calypso, Pot of Gold and Griotism and an impressive range of craft offered up by the composer and singer.

This isn’t a pure calypso album and it’s certainly not a Carnival 2016 focused album, but it is an impressive portfolio piece from a performer with decades of work behind him and the energy and focus to keep going for a few more.