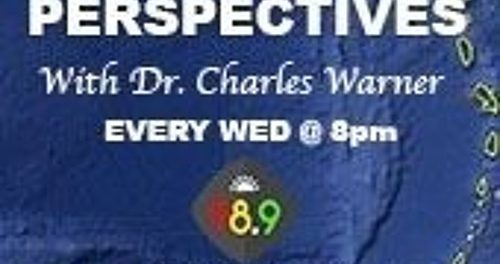 BASSETERRE, St. Kitts, August 29, 2019 (Press Unit in the Office of the Prime Minister) – Citizens and residents of St. Kitts and Nevis continue to record their support and favour of the Team Unity Government’s initiatives that have brought about an unparalleled period of peace and calm in the twin island Federation.

This was evident on Wednesday (August 28) evening as one by one persons tuned in to the newest interactive radio programme in St. Kitts and Nevis, “Perspective” with host Dr. Charles Warner, and phoned in to register their satisfaction with the significant decline in homicides and gun-related incidences.

One caller expressed her extreme happiness in knowing that the young men have committed to end the violence. In thanking the Government for doing all that they are doing to keep down the crime, the caller also questioned the motives of the Dr. Denzil Douglas-led Opposition that has been firmly against the Peace Initiative in the country.

“They should be glad that no one is dying,” the caller exclaimed.

Another caller stated, “I am glad that the crime rate has dropped because it’s very painful for mothers and fathers and everyone just crying for their children. People want peace…you know how much young men we have lost to this gun violence? We need the young men.”

A third caller made the point that one cannot put a price on peace. In elucidating his point, the caller put into context the reputational damage crime can have on the local economy. He stated, “What if a visitor…had gotten shot, what would be the cost of that publicity when CNN and NBC and everybody start to talk about St. Kitts and Nevis negatively? What would it cost to get our good name back? The price now that [the Opposition] claims or believes that is being paid would be insignificant compared to what the publicity or the marketing exercise that St. Kitts would have to do to clear its name.”

One caller stated that she feels much safer now going around the island than she ever did in previous years. She further indicated that, “We now have a government that sets example and that is a good influence for our youth.”

One of the biggest successes of the initiative to date has been the voluntary surrendering of some 30 illegal firearms and more than 70 rounds of assorted ammunition to the police force by gang members.