Antigua Observer:-The extradition hearing for Antigua & Barbuda investor, Peter Virdee is under way in the UK after he was detained at London’s Heathrow Airport on Tuesday, in connection with a £100 million VAT scam. 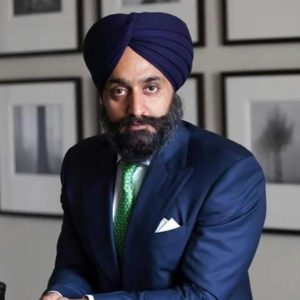 The 43-year-old British businessman, who has been named as an investor in a 1,000-acre development on Barbuda and in solar power plants, was held under the European Arrest Warrant on behalf of the German authorities.

Virdee, who is fighting his extradition, is expected to face several charges.

An official from Scotland Yard told OBSERVER media, on Friday, that Virdee appeared before a Westminster magistrate on Wednesday where the extradition proceedings commenced, and is expected to continue for a few weeks.

“For the European ones, it could last up to eight weeks, but it depends on if they have strong legal arguments, then it could go all the way to the highest courts. But, it is usually weeks rather than a matter of months or years,” the official said in an interview.

He said the exact charges will be determined by German officials, once the extradition is successful.

They said Virdee, who is believed to be one of the main organisers, used several aliases and was known within the group, as “Batman.”

The alleged tax scam dates back to 2009 and 2010. So far, 13 people have been convicted as a result of the investigation.