Tweet
Willemstad, Curacao (October 23rd 2016):- The St. Kitts and Nevis men’s Under 20 national football team began the final leg of their quest to earn a spot in the 2017 CONCACAF U-20 Championship on Friday evening with a surprise 3 – 1 defeat on Friday  evening [Oct 21] against Bermuda  in their match played at the Stadion Ergilio Hato in Brievengat, Willemstad in Curaçao.
https://youtu.be/mKalJZrBvSE
Team SKN U20  is in Curacao for the second and final round of the CFU (Caribbean Zone) qualifiers where they will also face  Antigua and Barbuda Today  Sunday, October 23 and Curacao on Tuesday, October 25th. 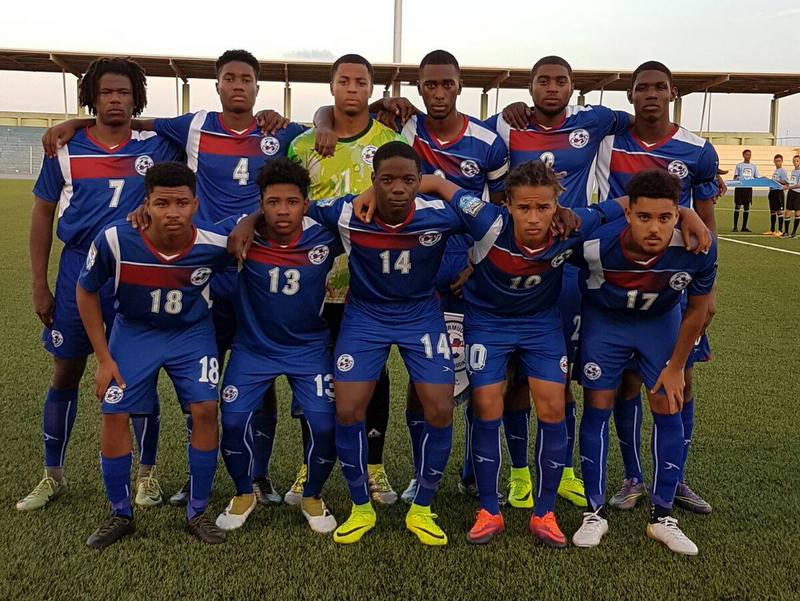 The group winners and runners up will remain in Curacao to play in Caribbean Football Union U20 semi-finals and final. Five teams from the Caribbean will advance to the CONCACAF U20 Championships in Costa Rica in March 2017.