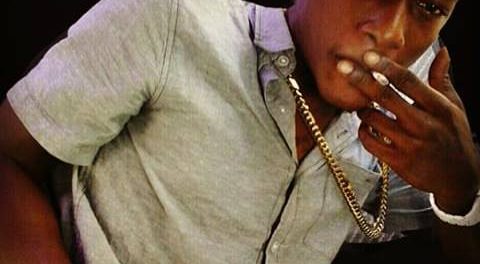 Barbados has recorded its 31st murder for the year, as one of two young men shot in last night’s gun attack outside a Bank Hall shop died tonight from his injuries.

Around 9:20 p.m. last night, several men in a vehicle drove up, got out, opened fire and drove off, police said.

A second man, aged 25, whose name has not been disclosed, was apparently shot in the left side of the head.

In a separate incident, a third man was shot in Christ Church.

Residents in the St Michael community have condemned the shameless actions of masked men with “big” guns, who stormed their area, harming two.

On Wednesday morning, police were still combing 3rd Avenue, Mannings Land, Bank Hall, St Michael for clues, which might lead them to the villains responsible for shooting.

Neighbours were mostly tight-lipped about the overnight ordeal but spoke briefly to Barbados TODAY anonymously and in hushed tones.

While admitting that disagreements, arguments and sometimes fighting were not unusual, residents said last night was “different”. They said that a large group of men was liming at a popular shop when masked men pulled up in a vehicle and opened fire, which caused thunderous explosions.

“I just heard the first shot and then there was a slight pause. I wanted to know if someone was throwing rocks at the roof. Then I just heard repeated explosions and I just ducked,” said one resident.

“My children were laying down in the living room and we just huddled in the house until it stopped. I was shaking so badly. I was so frightened, I would not tell you a lie. I was only thinking about my children. I didn’t even look outside. That’s the truth,” she told Barbados TODAY.

“Help me nuh!” she heard one of the wounded men pleading. But the young woman admitted she was too afraid to venture outside her home.

In fact, the shaken resident said she would be moving out of the Bank Hall community as soon as possible.

“I want to move. I want to move, because I have children and bullets could have come through this house,” she said.

Another woman living nearby said men burst into her backyard and scaled a nearby wall whilst running for their lives.

“I have never heard that kind of shooting and that kind of power. It sounded like rifles. Those guns were big guns,” said the woman who was still visibly shaken.

“There is a lot of fear, because I don’t know who is coming. Those people’s shooters were wearing masks.

Meanwhile, 23-three-year-old Vemar Deroy Griffith of Wotton, Christ Church was the victim of another shooting on Tuesday night around 9:10, whilst at Water Street in the same parish.

Police said Griffith was playing a game of dominoes when a masked man, wearing a hat and dark clothes, approached them and told them not to move.

Griffith was reportedly shot in his left leg while running off.

When Barbados TODAY visited the area, a group of young men described the incident as unfortunate and said they thought it was an attempted robbery.
kareemsmith@barbadostoday.bb