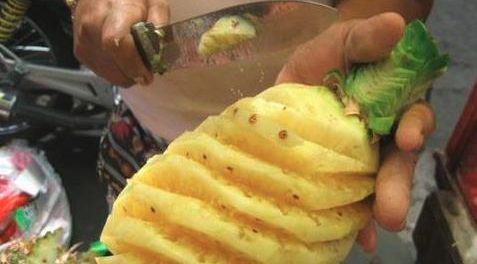 BRIDGETOWN, Barbados (CMC) — Barbados health authorities have dismissed as untrue a report on social media that a 10-year-old boy was infected with the HIV virus after eating pineapple purchased from a vendor who was himself infected.

The report on the WhatsApp platform alleges that the vendor had a cut on his finger and blood was transferred to the fruit while he was cutting it. The child became sick immediately after ingesting the fruit.

Senior Medical Officer, Dr Anton Best, in a statement said “it is virtually impossible for the blood of an infected person to contaminate food and place someone at risk for HIV. It is highly unlikely for HIV to be transmitted via ingestion of any food item”.

He condemned the story as one “without factual basis,” adding “it is laden with misunderstandings about how HIV may be acquired, and how the health system in Barbados works.”

Best explained that when people were newly infected with HIV they did not get sick immediately as was described in the story.

“Many people may experience a flu-like illness two to three weeks after infection, thus making the story even more preposterous.

“The Barbados healthcare system prides itself on confidentiality of medical information of patients. Thus, it is highly unlikely that such detailed patient information would be divulged from a credible source,” he added.

The senior medical officer urged Barbadians to educate themselves about HIV and STIs – how they could be contracted; how to protect themselves from becoming infected; and the treatment services available if diagnosed.