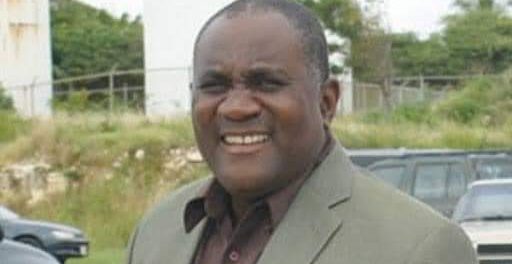 Leroy King, 74, of Dickerson Bay, Antigua, was the last remaining defendant in the SIB scheme. Today, he pleaded guilty to one count of conspiracy to obstruct justice and one count of obstruction of justice for his role in obstructing the Securities and Exchange Commission (SEC) investigation into SIB. He was extradited to the United States in November 2019.

King is a dual citizen of the United States and Antigua. Beginning in approximately 2002, he served as the administrator and CEO of the FSRC, an agency of the Antiguan government. As part of his duties, he was responsible for Antigua’s regulatory oversight of Stanford International Bank Limited’s (SIBL) investment portfolio, including review of SIBL financial reports and responses to foreign regulators’ requests, such as the SEC, for information and documents about SIBL’s operations.

In or about 2005, the SEC began investigating R. Allen Stanford and Stanford Financial Group (SFG) and made official inquiries with the FSRC regarding the value and content of SIBL’s purported investments. From 2005 through February 2009, Stanford, James Davis, King and others conspired to obstruct the SEC’s investigation of SFG, SIBL and their related entities. From at least 2003 through February 2009, Stanford made regular secret corrupt payments of thousands of dollars in cash and gifts to King in order to obtain his assistance in hiding the truth about SFG and SIBL from the SEC and other regulatory agencies.

King later denied the SEC’s request for help and wrote that the FSRC “had no authority to act in the manner requested and would itself be in breach of law if it were to accede to your request.” In reality, the FSRC did have this authority and failed to exercise such because of the payments and other benefits Stanford gave to King.

A federal jury found Stanford guilty in June 2012 for his role in orchestrating a 20-year investment fraud scheme in which he misappropriated $7 billion from SIB to finance his personal businesses. He is serving a 110-year prison sentence. Five others were also convicted for their roles in the scheme and received sentences ranging from three to 20 years in federal prison.

U.S. District Judge David Hittner accepted the plea today and set sentencing for April 24. At that time, King faces up to five years in federal prison and a $250,000 maximum fine on each count.

The Justice Department extends its gratitude to the government of Antigua for its cooperation and assistance.

The year 2020 marks the 150th anniversary of the Department of Justice. Learn more about the history of our agency