A married mother of two died after undergoing a popular cosmetic surgery in Miami. 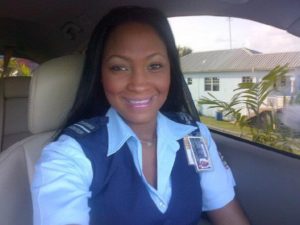 A family member of Nikisha Lewis tells the NBC 6 Investigators the 32-year-old traveled from her home in Antigua to Spectrum Aesthetics on Monday to undergo a liposuction procedure.

Lewis was an immigration officer at the VC Bird International Airport on Antigua, a wife, and a mother to two children.

The Miami Dade Medical Examiner’s Office said the cause of death could not be determined immediately after the autopsy and it could take weeks to find out the exact reason Lewis died.

The procedure was performed by Dr. Rami Ghurani. His attorney, Julie Ingle, sent NBC 6 news Investigators the following statement: “Our deepest condolences go out to the patient’s family. Dr. Ghurani is deeply saddened by the loss of his patient and offers his thoughts and prayers during this difficult time. We are unable to provide any details on the patient’s care and treatment due to privacy laws; however, Dr. Ghurani provided the highest level of care as he does with all patients.”

An attorney for Spectrum Aesthetics, Kubs Lalchandani, also said he could not comment on specifics about what happened due to privacy laws but he also released a statement: “Our prayers go out to the patient’s family and loved ones. Spectrum Aesthetics is a proud member of the South Florida community and is committed to upholding the highest standards of medical care and patient safety. Spectrum is conducting a comprehensive investigation into the matter and is cooperating with state officials to determine the cause of the incident.”

The NBC 6 Investigators found Lewis is one of 10 women who died after cosmetic surgery in our area in the past six years. Those are the deaths NBC 6 Investigators were able to track down through public records and information from family. Doctors and clinics are not required to disclose deaths to the public. This is why, if you’re considering cosmetic surgery in any form, you should do your research into the many surgeries that different locations may have to offer, such as looking into the best plastic surgeon in Austin as well as other locations for your surgery requirements. You’ll be wanting to find the most reputable surgery and Doctor available to ensure your safety, as well as a professionally done surgery. Before doing any research into a potential cosmetic surgeon, you may want to check out the 2020 cosmetic surgery statistics first to see what you will be getting yourself in for, covering all bases.

Lewis was a beloved and very popular immigration officer for 10 years and was recently reposted from the headquarters in St John’s to the V C Bird International Airport.

Staff members in both departments have been deeply affected, according to Chief Immigration Officer Annette Mark who met with them yesterday.

“It has been a very hard day for all of us. We haven’t called in a counselor. We are trying to find strength in

each other because it is like losing family. It has been hard on the staff. She will definitely be missed. She was a lovely person and it is really sad, very sad for all of us,” Mark, who sounded very emotional, told OBSERVER media yesterday.

“Officers pressed on and I have been talking with officers, I actually went to the airport to meet with the (others) but couldn’t meet because I spent so much time with the family. But the staff downtown where she worked before, fellow officers, we met and spoke and we are finding strength in each other.”

The chief immigration officer said she met with the relatives to express condolences on behalf of the Immigration Department.

The 32-year-old deceased, who was a past student of Pares Secondary School, leaves to mourn her two young daughters, her husband Rasheed Lewis and a host of relatives and friends to include a twin sister.