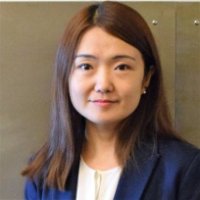 ANTIGUA OBSERVER – The government has ordered the resumption of the investigation into the granting of citizenship to Chinese investor, Lihua Tian, who allegedly wilfully concealed material facts in support of her application which was approved.

A notice ordering the probe has been published in the March 9, 2017 official Gazette on the government’s website.

It comes six weeks after Lihua’s lawyer, Dr David Dorsett withdrew a civil court case in which they were challenging one of three members of the Committee of Inquiry that was appointed last year to investigate her application.

Dr Dorsett had asked the High Court to withdraw the lawsuit against the state in late January 2017, after the committee fell apart when the same member resigned due to Lihua’s claim of a conflict of interest because he was serving the committee while he was also a Citizenship by Investment Programme (CIP) agent.

According to the Gazette, Attorney General Steadroy “Cutie” Benjamin made the order on March 7, 2017 while he was Acting Prime Minister and Minister responsible for Citizenship, stating that the Committee will resume work with the two remaining members.

The Gazette states, “The number of Commissioners to the Committee of

Inquiry shall be reduced from three to two as a result of the resignation of Mr Hollis Francis Jr on the 28th day of November, 2016. The Commissioners to the Committee of Inquiry shall be Mr Henry Moe, a retired judge of the Eastern Caribbean Supreme Court and Mrs Mary B E White.”

It added that, “The Committee of Inquiry, having commenced on Tuesday April 19, 2016 shall resume the inquiry on March 31, 2017 and conclude same by April 21, 2017 or such extended time as shall be reasonably necessary to conclude the Inquiry.”

The Gazette said the Committee shall continue to hold its proceedings in camera at the Ministry of Legal Affairs Conference Room commencing at 9 am or any other time determined by the Commissioners.