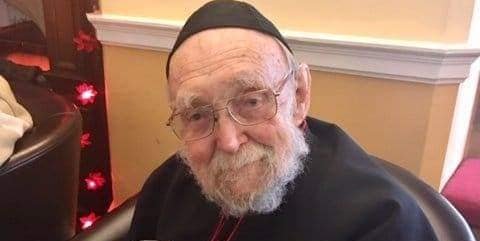 In congratulating Canon Gibson, his daughter, Angela, noted that “he has left his mark at every church he served as was an inspiration to many.”

“You baptized 1,845 people, solemnized 369 marriages, conducted 417 funerals and presented 974 persons for Confirmation – all kept in your little black notebook. You pray for each one by name, on their anniversary. You served the Christian community with love, pride and devotion in England, St. Kitts, the US & British Virgin Islands. To everyone you are Fr. Gibson, Fr. Keith, Canon Gibson, or Canon. To me, you are Daddy. And I am so proud to be your daughter. Love you, Daddy,” wrote Angela.s