(CNN)Dozens of airline passengers were forced to swim for their lives Friday after their plane missed a runway and landed in a sea lagoon on a remote island in the middle of the Pacific Ocean.

The Air Niugini Boeing 737-800 aircraft carrying 47 people — 35 passengers and 12 crew members — plunged into the water after it “landed short of the runway,” at the international airport on Weno, the main island of Chuuk state in Micronesia on Friday, according to a statement from Air Niugini, the national carrier of Papua New Guinea.
The airplane proceeded normally until final approach when the weather conditions suddenly deteriorated and it began raining hard, according to the independent website JACDEC, which monitors airline safety and crash data. 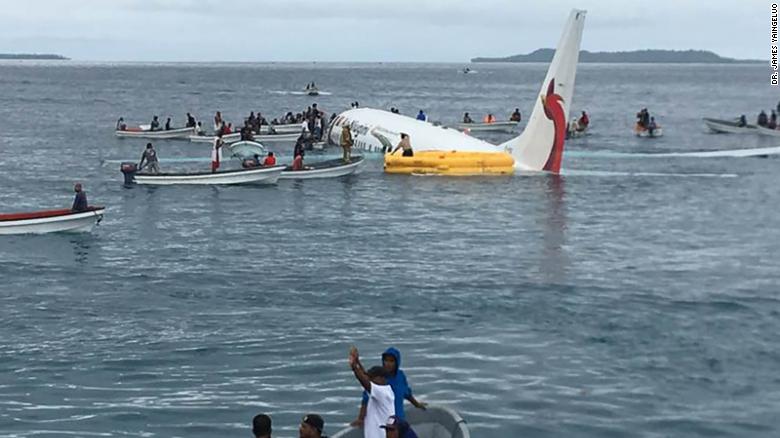 Within minutes, local fishermen were on the scene in small motor boats to rescue people. Everyone on board survived, Air Niugini said.
“At this point, it is still unclear whether the aircraft overshot the end of the runway or ditched in the lagoon before reaching the runway,” JACDEC said.
“Despite water ingress, the aircraft managed to stay afloat for some time allowing passenger evacuation via the over wing exits and the forward passenger door. The Boeing later submerged below the window line.”
Bill Jaynes, managing editor of a Micronesia-based newspaper, was on the plane when it hit the water.
“It’s just surreal. I thought we landed hard until I looked over and saw a hole in the side of the plane and water was coming in, and I thought, well, this is not, like, the way it’s supposed to happen,” he said in a video posted to Facebook.
Jaynes said people on the plane were in water up to their waists and used the emergency exit to escape. 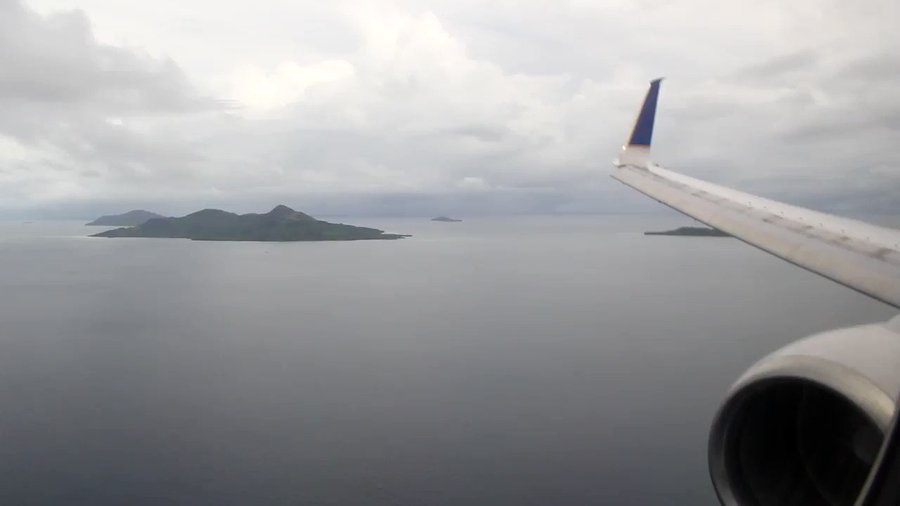 Passengers and crew were taken to the hospital for checks and no serious injuries were reported.
The runway, like others in the north Pacific, is relatively short at 1,831 meters, surrounded on three sides by water, AFP reported
Air Niugini lists only one 737-800 among its fleet of 21 aircraft on its official website.
Tweet