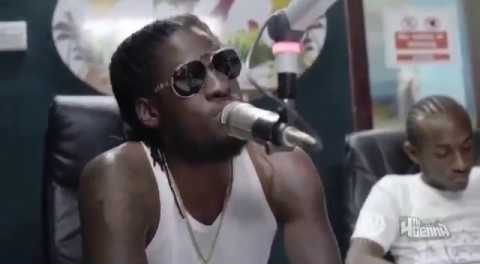 Aidonia made headlines over the weekend after multiple reports surfaced that he was attacked in dual-island nation Saint Kitts and Nevis were he was booked for an event.

Speaking on the incident, the Dancehall artiste confirmed that he was on the scene however denied he was the one injured during the altercation.

The “Breeze” deejay’s management team has since issued an advisory to the media.

“Contrary to a surfeit to spurious reports being perpetuated online that 4th Genna Recording artiste Aidonia was attacked during a recent stint in St.Kitts,” the release read.

“We would like to advise the masses that these allegations are false and aimed at sullying the entertainer’s reputation.

“What actually occurred is Aidonia was in attendance at a meet and greet where fans came out in their droves to see one of their favourite dancehall star including members of two rival factions who decided to unfortunately attack each other at the gathering. Thankfully the quick action of Aidonia and his team averted him getting injured in the melee.”

Aidonia’s team also released a video of the incident showing that he was not involved in the bawl. View Below.