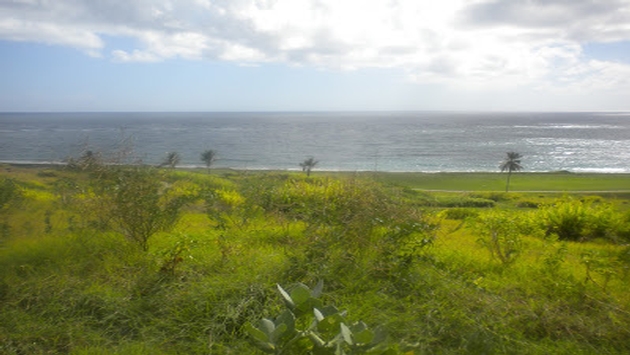 All photos by Rosalind Cummings-Yeates

I love to bike and I’ve discovered that cycling is a great way to explore a new destination. That being said, not all biking travel adventures are created equal. When it comes to rolling around its streets and hills, the tiny island of St. Kitts managed to kick my butt. I’m not a biking newbie, as my weekly rides on my tricked out, pink Raleigh attests. But I just wasn’t prepared for biking in St. Kitts. I trotted out for an early morning ride with my travel companions and quickly crumbled.

What could be so tough about biking through a tiny and lovely little island you ask?

Well, for starters, we have the heat. You’ll never hear me complain about the sunshine and I adore hot, tropical weather. It’s just that, a 95 degree temperature is not all that ideal for bike riding. Immediately after hopping on the bike, a wilted look took over my face. I noticed sweat glistening on my arms. That was just the first 3 minutes.

Then we have the gorgeous Basseterre landscape. I was surrounded by verdant green vegetation everywhere I looked. The Caribbean Sea beckoned over the hills. Hills. I somehow had forgotten how hilly St. Kitts is. You can’t go two steps without encountering a hill, mountain or volcano. I love climbing them, but riding? Let’s just say though I recognize the overall physical value of the escapade, I did not turn down our guide’s offer to let me ride in his truck for the remainder of the two-hour ride. The rest of my comrades stayed strong on their bikes and I watched proudly from the window of the truck as their muscles pulsed and the sweat poured.

We rode past the cemetery, which I declined to go through but the backdrop provided a stunning vista. 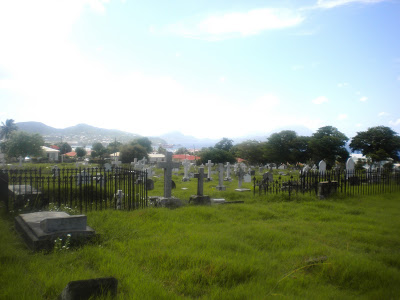 We rolled past the Government House, residence of the Governor General of St. Kitts. The armed guard allowed me to take a photo but he was serious about guarding the house and never moved.

The Governor General was not in residence at the time in the Government House but that still didn’t keep the guards and their guns from guarding it. It’s “protocol” we were told. 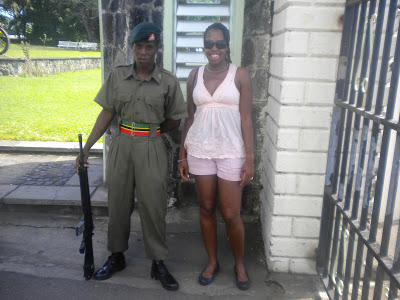 We glided into downtown Basseterre to the Circus, which is my favorite part. Modeled after London’s Piccadilly Circus, St. Kitts British colonial influence is prominently displayed with the bronze Berkeley Memorial Clock and the surrounding roundabout.

The ride back uphill was of course treacherous, I felt every steep incline radiating under the seat of the truck. In the end, I do recommend a leisurely bike ride through Basseterre but I’d advise focusing on downtown streets with no hills and a crack of dawn outing, before the sun comes fully out.