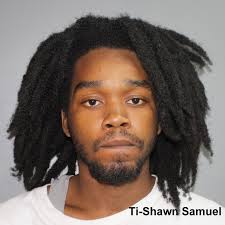 FREDERIKSTED, St.Croix(January 22nd 2016)  – The Virgin Islands Free Press is reporting that A 24-year-old man died in a hail of gunfire in Estate Campo Rico last night.

The 911 Emergency Call Center alerted police at 9:57 p.m. Thursday that shots had been fired in Campo Rico.

Police converged on an area within Campo Rico called “The Turf” and came upon the lifeless body of a black man, riddled with multiple gunshot wounds and lying on the ground.

Emergency Medical Technicians were summoned to the scene, examined the body and found no signs of life.

The homicide is under active investigation by police.

The incident happens just days after another shooting incident on St.Thomas which saw two persons shot with one succumbing to injuries.

The Virgin Islands has been grappling with a spiralling crime problem which is plaguing the islands for the last few years and in particular the last 18 months.