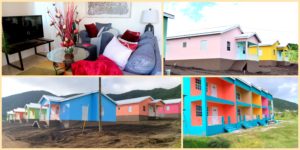 BASSETERRE, St. Kitts, February 1, 2018 (Press Unit in the Office of the Prime Minister) – The Federation of St. Kitts and Nevis will witness the largest and most effective delivery of capital projects in 2018, with projects that will see further improvements in the public infrastructure and the housing landscape in the country.

That commitment was made by Prime Minister Dr. the Honourable Timothy Harris, who said these major developments will be led by the Team Unity Government’s robust housing and public infrastructure programmes, which all continue apace.

“Our first time homeowners’ programme has already facilitated ownership of some 317 applicants over the period 2015 to 2017. Based on initial applications for the year just started, the demand for 2018 will significantly outpace last year’s number of successful applicants, which stood at 117 applicants. I am advised that the NHC continues with the HELP programme, which was designed to assist the poor and indigent with repairs and upgrades to their homes. The statistics made available to me indicate that 267 persons have benefited to date,” Prime Minister said during his press conference on Tuesday, February 1.

Dr. Harris added, “The NHC continues its phased delivery of our Housing Solution and I am advised that on or before March 01, 2018, a further 121 housing solutions will commence across the length and breadth of the country. Furthermore, there will be an additional boost to property ownership and homeownership in particular in St. Kitts and Nevis when we launch our $10m Civil Service Mortgage facility announced in the Budget last December.”

With regard to public infrastructure, the prime minister announced that the resurfacing of the island main road is expected to start during the first quarter of the year.

Additionally, Prime Minister Harris noted that, “The build out of the National Heroes Park will resume by next week with the construction of what has been described as the welcome centre and the 5 statues of our national heroes will be erected long before September 16, 2018.” 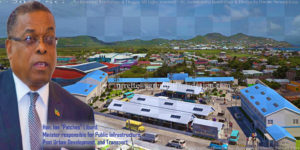 On top of that, construction work will commence on the Government Printery on Church Street and the customs building. It is also anticipated that work on the Coast Guard Headquarters will be completed this year.

Private Sector activity, particularly in the construction sector, is also expected to continue throughout the year. 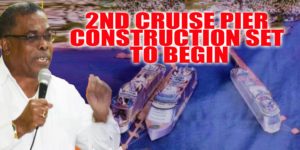 “We expect during the course of 2018 that Radisson Hotel will have its grand opening of Phase 1. KOI Resort and Ramada will all cue up during the course of this year for their grand opening. Meantime, a major hotel shall start Phase 1 of its construction in West Basseterre before the end of this month. 2018 growth then will be driven in part by robust construction activities, increase in stay-over arrivals, cruise tourism, our financial services, and business services,” Prime Minister Harris disclosed, noting that all these developments mean the availability of jobs for residents and citizens of St. Kitts and Nevis.