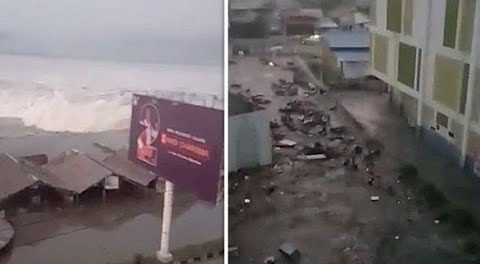 Jakarta, Indonesia — JAKARTA, Indonesia (AP) — A powerful earthquake rocked the Indonesian island of Sulawesi on Friday, triggering a 10-foot tsunami that an official said swept away houses in at least two cities.

He said houses were swept away and families were reported missing. It was difficult to immediately assess the extent of the casualties or the damage that was done because communications were disrupted.

Indonesian TV showed a smartphone video of a powerful wave hitting Palu as people screamed and ran in fear. The water smashed into buildings, including a large mosque.